Litecoin is not as attractive to investors as bitcoin because it is not sufficiently distinguishable from the original cryptocurrency. 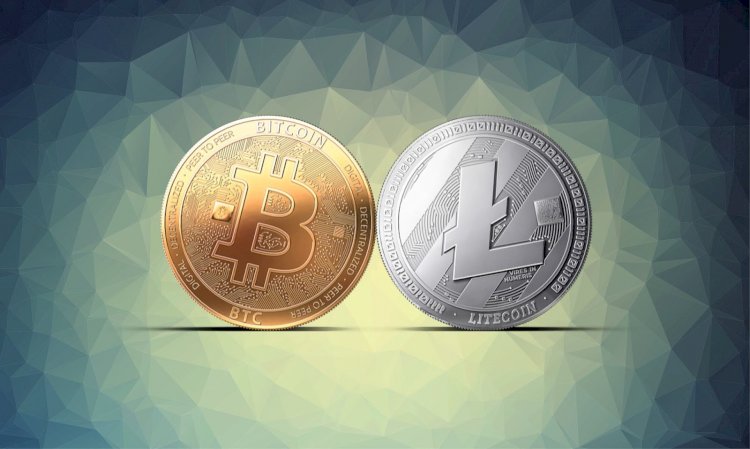 The major difference between bitcoin and Litecoin is in the number of coins each currency can produce. While bitcoin can never exceed 21 million coins, Litecoin can accommodate up to 84 million coins. But the real-world effects may be negligible as both of them are divisible into nearly infinitesimal amounts. The minimum quantity is one hundred millionth of a Bitcoin known as one ‘satoshi’. Users should, therefore, have no difficulty in purchasing low priced goods or services regardless of the general price of an undivided single Bitcoin or Litecoin.

As Charlie Lee refers to Litecoin as the silver to Bitcoin’s gold, the cryptocurrency is surely making ripples in the digital currency market. Not only is it sharing the same codebase, but both cryptocurrencies also have many similar price movements in the market rising and falling in tandem.

With similar motives, it does complement each other. The mandate of Bitcoin was to become a medium of daily transaction which was prevented by the scaling problems. Whereas litecoin has picked it up from where bitcoin left incorporating scaling technologies enabling digital payments while it had a phenomenal year in 2017 according to analysts.

The cryptocurrency ecosystem was premised on diversity in applications and this is where the similarities between the two baffles observers. It was the product of a decision taken by Lee to follow bitcoin closely and bring Litecoin to the forefront.

The reason behind the similarities of both currencies

Starting bitcoin, Lee knew the equal transaction fees on bitcoin would ultimately prove a problem when it comes to transferring small as well as large amounts. “ If focused on moving a large amount of money, the fees, as well as security, will be high. Litecoin is where this problem can be solved as it has lower fees for smaller amounts of money,” he explains. Litecoin Foundation acquired 9.9% of Germany’s WEG Bank thus making a move to become a part of mainstream banking.

The major example for most of the currencies is Bitcoin, as all of them have repurposed the code to suit their needs. This is where Lee used his brains to adopt a hands-off approach to bitcoin’s original code and developing Litecoin enhancing it with new features and functionalities. Litecoin comes with larger block size and process transactions quicker than bitcoin. He owns up that he trusted the bitcoin code and decided to structure it to get litecoin.

The major drawbacks of Lee’s approach to Litecoin.

Except for a couple of exceptions, the price trajectory of both the coins are similar to each other. Being not sufficiently distinguishable from the original currency, Litecoin is not as attractive as Bitcoin. The valuation of Litecoin is just $3 billion as against that of bitcoin at $115 billion.

For the second drawback pulling Litecoin back on the track is that the vulnerabilities of Bitcoin are transferred to that of Litecoin. The bitcoin bug has the potential to crash nodes and destroy the value which poses a serious worry for Lee. Litecoin is vulnerable to such a crash as it shares code and copies the price movements of bitcoin.

The second one is a transference of bitcoin’s vulnerabilities to its progeny. Lee spoke in an interview that he is currently worried about a bitcoin bug that has the potential to crash nodes in its network and destroy its value. Litecoin will be affected directly by such a crash since it shares the code copying bitcoin’s price movements.

According to him, almost 90 % will be destroyed and the value will fall overnight if such a crash happens. This fact keeps him up at night and for Litecoin, there is a network worth 3 billion dollars which surely is a lot of money to be risked.

Litecoin was released with several adjustments that could improve upon bitcoin including hashing protocol, the time taken for the transaction for blocks and the total maximum supply cap value. Lee presents it as an alternative rather than a competitor. While it can be used for a smaller transaction like online shopping, bitcoin can be used for major international transactions.

Lee worked at the popular digital currency exchange, Coinbase which he quit to spend more time on Litecoin. Rumors are going around that Lee is leaving his cryptocurrency and he has stated that believing his involvement would prevent it from being fully decentralized. Though not providing further information on the plans regarding Litecoin or other digital currency, he indicates the time is not yet ready when users can expect him to extricate fully from the digital currency he created.

All The Details About Premining

What Are Those Reasons For Bitcoin’s Rising Price

How Is Snips Founder Taking On Alexa And Google With Blockchain?