Q-CTRL’s Latest Invention Is Software That Reduces Error And Noise In Quantum Computing.

Q-CTRL the startup based out of Australia is building software that helps reduce error and noise on quantum computing machines. Hardware makers all around the world are vying to make quantum computing a reality. 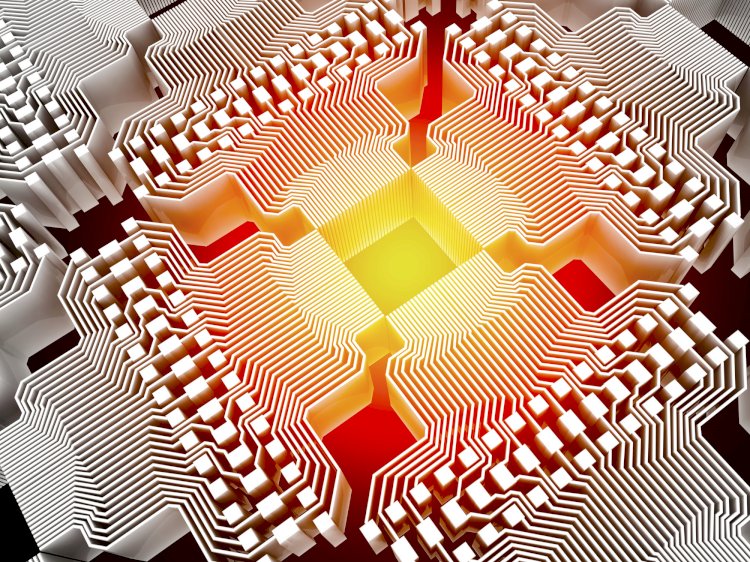 Q-CTRL the startup based out of Australia is building software that helps reduce error and noise on quantum computing machines. Hardware makers all around the world are vying to make quantum computing a reality. Whereas Q-CTRL is expanding its reach across the US with funding from investors all across the world.

Q-CTRL dominates the market with designing firmware for computers and quantum sensors, that perform quantum calculations. The firmware identifies the errors making the machines more resistant and working for longer periods. The Q in the name stands for qubits, which is the basic building block of quantum computing.

The startup plans to use the funding of $15M that it has raised to double its team and set up offices on the West Coast, especially Los Angeles. It has a lot of backers, those who are prominent investors who speak of the success of the startup. Square Peg Capital- that has backed startups like Bugcrowd and Canva and those further afield such as Stripe. The other investors include Sierra Ventures, Sequoia Capital, Main Sequence Ventures and Horizons Ventures.

Q-CTRL’s customers vary across the wide horizon of quantum computing and IT giants such as Rigetti, Bleximo, Accenture. Q-CTRL addresses a very basic yet critical problem that if solved could make quantum computing jump in leaps and strides in the real world.

Quantum computers and machines like quantum sensors, being built over quantum physics architecture are capable o carrying out computations beyond that done by normal computers. Their application varies across the platforms of cryptography, biosciences and advanced geological exploration among others. Adding to the woes, the quantum state being very fragile, introduces a lot of noise and errors leading to a crash making quantum computing machines unstable.

But the scientists affirm that this is a solvable issue and Q-CTRL is a part of this promise. It provides tools that run on quantum machines visualizing noise and decoherence deploying controls to defeat the errors.

Founded in 2017 by Michael Biercuk, professor of Quantum Physics and Quantum Technology at the University of Sydney and chief investigator in the Australian Research Council Centre of Excellence for Engineered Quantum Systems who is also an alumnus of Harvard where he completed Ph.D. in physics.

Biercuk states “Being at the threshold of the birth of a new industry is exciting.” Adding to it, “We are thrilled to assemble the best investor syndicates in quantum technology. It is quite magical to find investors who are ready to make the most of the promise and challenge of building quantum,” he further clarifies.

South California is buzzing with activity with several universities building labs dedicated to quantum research and development alongside companies like Lockheed Martin and Google. This is why choosing Los Angeles as the nascent area for a strong pipeline of talent and conversation becomes the order of the day.

It is still the early days of quantum computing that gives long term potential options to Q-CTRL. The main reason comes with it building business selling technology to a wide number of hardware companies that integrate Q- CTRL’s solutions onto its machines saving them from competitors.

A partner at Square Peg, Tushar Roy states, “ we are quite impressed by the strategy that provides infrastructure software to improve quantum computers for R&D team and end-users. Q-CTRL is the central player bringing the technology to reality.” “ Q-CTRL comes with technology that can be applied beyond quantum computing which includes quantum sensing, a rapidly growing market. In it they have found a rare combination of technical expertise which is world-class along with understanding customers, products and build an impactful business,” he further states.

Q-CTRL comes with a good deal of technology built into quantum computing. They have hands down experience in experimenting with the extent of quantum physics in the fields with varied intentions. The widespread reach of quantum computing is yet to be mined out, making it a new technology set to be devoured by hardware specialists. Investors are keen on finding good partners who can bring the technology to the forefront leading to revolutionary changes across the platform. Make sure you get to know the latest bit of technology that brings us to the threshold of an era of built-in technology.

How You Can Get Up to 17% Annually by Holding Digital Assets As Crypto...