Ever thought about encryption in space? It is quite a tricky disposition. Even a slight disturbance like a cosmic ray could probably sabotage the secure protocol. So what to do? Is it radiation-hardening the computer? The European Space Agency researchers are on it testing for the right solutions in an experiment running aboard the ISS. 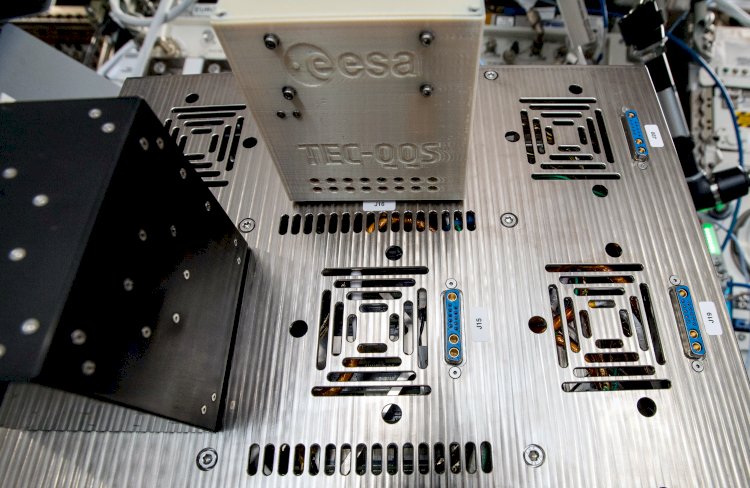 Ever thought about encryption in space? It is quite a tricky disposition. Even a slight disturbance like a cosmic ray could probably sabotage the secure protocol. So what to do? Is it radiation-hardening the computer? The European Space Agency researchers are on it testing for the right solutions in an experiment running aboard the ISS.

The truth behind space engineering

Even though it is a rare occurrence, cosmic radiation has the capability of flipping bits. While out in the space for a long time, it takes only one such incident to throw the mission into pieces. What if you are locked out of the satellite? All that you can do is wait for the space junk to burn up ultimately.

More expensive missions like GPS satellites and interplanetary craft make use of hardened computers. They are proofed against cosmic rays that go bump in the endless night. Bespoke solutions were expensive and bulky and heavy, hardening is not an option if you are trying to cut down the costs and space to launch either a student project or a constellation.

The alternative for dealing with the cosmic radiation

ESA’s Lukas Armborst stated in a news release,” We are testing approaches to address the encryption problem for non-rad-hardened systems.” The team is using Raspberry Pi Zeroboard, the simplest and lowest cost- full-fledged computer available in the market. It is used unmodified and coated to meet ISS safety requirements.

Functioning as the Cryptography International Commercial Experiments Cube, or Cryptographic ICE Cube, or CryptIC, they are following the traditional software having hardcoded back up keys. In case of a bit gets flipped and the current encryption key turns to be useless, they can switch to the hardcoded one.

“The process has to be secure and done reliably, restoring the secure link quickly,” said Armborst. There is a secondary fall-back base key, wired into the hardware. which cannot be compromised. This solution can be done only for a limited number of keys reducing the flexibility considerably.

What is the effect of rad- hardening?

One failure per year and a five-year mission would need 20 keys. Longer missions want something more robust. The best alternative is the experimental hardware reconfiguration approach.

Inside CryptIC is several microprocessor cores that are customizable field-programmable gate arrays other than fixed computer hips.” Armborst explained. “these cores come as the redundant copies of the same functionality. If one core fails, another step in, and the faulty core reloads its configuration repairing itself.”

As it can be summed up, encryption software runs in parallel and one part readily takes over serving as a template for repairs if another core fails as a result of radiation interference.

Additionally, a CERN-developed radiation dosimeter flies inside the enclosure measuring the exposure of the device over the next year of operation. A set of flash memory units sit inside to see which one is the most reliable in orbital conditions. Similar to the experiments in ISS, this one too has many purposes. Encryption tests are in the pipeline and by next summer the results will be out as to how the methods fared.

The special case of cosmic radiations

Being the need of the hour, space odysseys are on the rise. This, in turn, makes it a crucial experiment for finding the footing in the ground. It is necessary to invent a cost-effective solution to make spacecraft able to sail through space without burning out. Make sure this is a success for space agencies all around the world.

How well has technology addressed the situation?

Cosmic radiations are a threat to any space mission as they can flip the bits. Radiation- hardening of the computer is the best solution for this. Though finding a good alternative is difficult, crypto is the ultimate answer to this trouble. Experiments are on the way to create a robust platform that could be defined as life-changing and revolutionary.

The rare case of cosmic radiation

Although it is a rare occurrence, cosmic rays do hurt the space crafts and satellites out there for a long time. The interference could spell doom for the space mission and ultimately resulting in the whole thing to burn up in the space. To avoid this loss, a cost-effective invention is inevitable. The application is important for advancement in space technology and thereby improving the standard of living of people across the globe.

As Celebrities Are Flocking to Crypto in Great Number, Lindsay Lohan Tweets...

As 55% Of US Investors Show Interest In Bitcoin Investment, The Covid-19...