Quantum machine learning is creating ripples in the water as more and more experiments are on for the quantum computer. 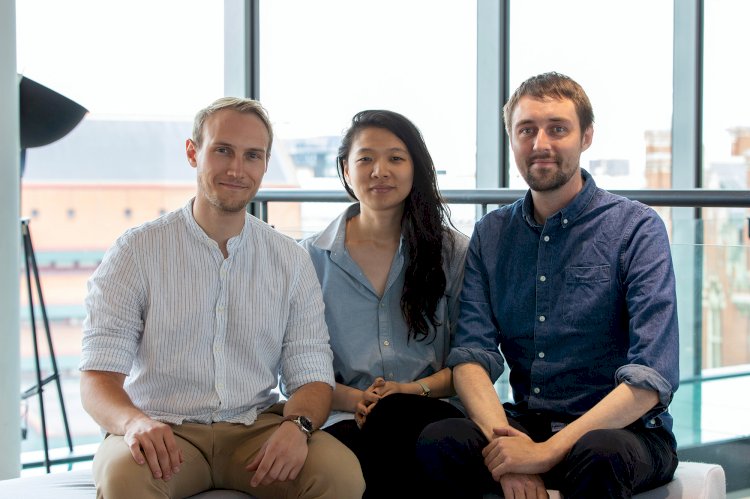 Quantum machine learning is creating ripples in the water as more and more experiments are on for the quantum computer. The hurdle in the path is that they may be extremely error-prone. This is where Rahko has found strong ground amongst the startups across the world.

Surprisingly, it has found a trustworthy partner in Balderton Capital, a VC that comes in at a Series A level with a seed round of £1.3 million ($1.6 million). Together with it are the AI Seed and angel investors, Charles Songhurst(former Microsoft head of Corporate Strategy), Tom McInerney (founder, TGM Ventures), John Spindler (CEO, Capital Enterprise) and James Field (CEO, LabGenius).

Owning up, Rahko states they are building what they call a “quantum discovery” capabilities for chemical simulation enabling groundbreaking advances in batteries, chemicals, advanced materials, and drugs. The startup is founded by Leonard Wossnig, Edward Grant, Miriam Cha, and Ian Horobin.

Leo and Ed collaborated through their PhDs at University College London ending up working on quantum machine learning, with lead developers, Shuxiang Cao and Hongxiang Chen consolidating their research material into a QML platform. They claim to have attracted a tech giant making overtures. But Leo and Ed decided to launch a business and commercialize it.

The limited computational power of traditional computers has put a block in the capability of research in chemical simulation. Rahko addresses the problem with arsenal tools making quantum computers accessible and, commercially usable, through the use of hybrid approaches with classical computers.

The CEO, Leo states,” while most people find quantum computers to be hidden in mystery, wondering I they ever save or break the world. Quantum computing is ready to unlock radical advances in R&D that are stuck in or some time. We are excited to be able to work on problems that were quite impossible a couple of years ago. We are welcoming a unique group of investors to share our success.” Added to this Wossinig was awarded the prestigious 2019 Google  Fellowship in Quantum Computing for his achievement in computer science.

According to Lars Fjeldsoe- Nielsen, general partner at Balderton Capital, “ Rahko comes with a top-class team that works on complex space at the edge of science and computing. Quantum computing is a discovery that has a profound impact on the fundamental understanding of the world around us. The fast pace and rate of change are astonishing and we are lucky to be supporting this team with exceptional caliber pushing the boundaries of what’s possible.”

Even though Rahko comes from the UCL’s Computer Science program in alliance with Conception X, a venture builder, it is one of the few successful startups. In partnership with the world’s largest quantum hardware manufacturers, leading academic teams and national laboratories it works to exercise their reach over the world of computing.

Wossnig says, “it is a relatively new field that’s growing very quickly yet small enough to spot the best teams and working with them. For example, IBM and Microsoft have software teams big enough, though, in partnership with them, we have overcome scalable heights.”

With quantum computing, the entire quantum hardware is maturing to powerful, commercially valuable applications estimated to happen within 3-5 years. It is premature to identify actually who is leading the race.

QML promises to be the technology of the future as more and more startups are gearing to move in the first gear. It is the best innovation ever made in the field of computational science, attracting loads of funding from VCs of world-class efficiency and rapport. Technically, quantum physics has made it easy to develop the newbie and form the platform to get the attention of developers.

Quantum hardware and the like have developed thanks to startups like Rahko, which has left no stone unturned in their research and development of the ultimate quantum computer. Building on the foundation of quantum physics incorporating the techniques of cryptography, this field has seen very many strides to success.

With Google owning up to have developed what is to be the first of its kind quantum computer, the role of collaborating with startups fresh to the field is important. We are standing on the threshold of what can be said to be the entry and discovery of quantum computing. Fresh talent can help improve the efforts to add up to the work of Millenials. So let’s watch out for the ultimate supremacy in quantum computing.

The Reasons Why Bitcoin Has A Volatile Value – Part 2