Why was the IRS keen to investigate the financial records of Jim Harper in particular? Why was Mr. Harper compelled to file a lawsuit against the IRS? Read on for an intriguing account of the same. 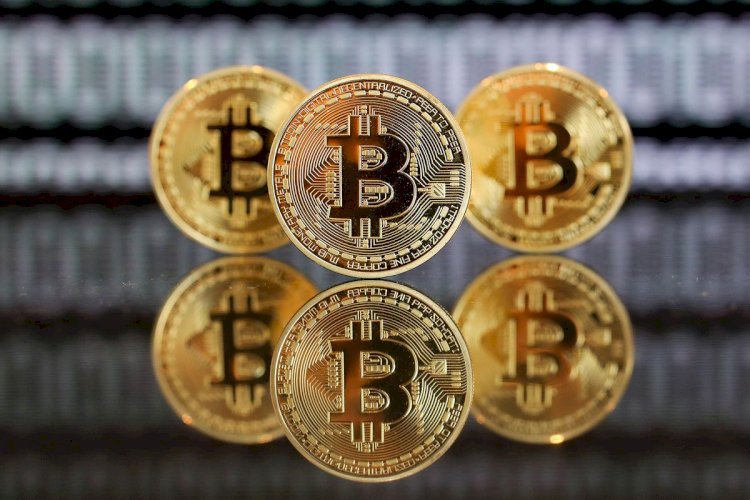 The Case Of Jim Harper

In news, today is that Bitcoin investor Jim Harper has sued the US Internal Revenue Service along with its commissioner, as well as several federal agents alleging that they have unlawfully seized his private financial information from three cryptocurrency exchanges.

Filing a lawsuit against IRS Commissioner Charles P. Rettig, the IRS, and “John Doe IRS Agents 1-10”, is the Bitcoin investor Jim Harper as the latter referred to fictitious names for the person or persons authorising and conducting the search of the private financial records which according to the court document filed on July 15 with the District Court for the District of New Hampshire and the jury trial is demanded.

It was detailed in the complaint that Harper thereby opened an account with Coinbase in 2013, stopping accumulating new bitcoin and beginning liquidating his investments at Coinbase transferring his remaining holdings to the hardware wallet in 2015. While he no longer had any bitcoin at Coinbase by early 2016 and thereafter liquidated the bitcoin through either Abra or Uphold exchanges form 2016. Further, he had claimed to have properly declared and paid all applicable taxes on his bitcoin gains.

The Steps Taken By IRS In This Case

Moving on the IRS had thereby filed the infamous ex parte “John Doe” administrative summons on Coinbase in 2016 and thereafter seeking information on the US persons conducting crypto transactions between Jan 1, 2013, and Dec 31, 2015. Here it was found that as the IRS narrowed its demand the Coinbase protested seeking instead information regarding accounts with at least the equivalent of $ 20,000 in the crypto transactions that were made in any one year recorded during the above period. The IRS has therefore petitioned to enforce the summons against Coinbase when the exchange refused to comply. This means, according to Coinbase, the information on 8.9 million transactions and 14,355 account holders.

Furthermore, Harper had received a letter from the IRS dated August 9 last year informing him that his financial records related to ownership of the bitcoin had been obtained by Defendant IRS without any particularised suspicion of wrongdoing.

The court document thereby revealed that upon information and belief, John Doe IRS Agents 1 through 10 had issued an informal demand for Mr. Harper’s financial records to Abra, Coinbase, and/or Uphold as it is one or more of the exchanges that complied. Violating their respective terms of service in providing Harper’s financial records to the IRS were the three companies as it is without a valid subpoena court order or judicial warrant based on the probable cause as Harper claims to never have received any notice of the third-party summons from the IRS.

Issuing more than 10,000 similar letters to taxpayers concerning their virtual currency transaction, the IRS advised them to pay back taxes by filing amended returns and the Taxpayer Advocate Service had recently said that the letter from IRS undermined the rights and protections of the American taxpayers as the court document states:

It was noted that as with Mr. Harper, upon information and belief the IRS obtained private financial records targeting taxpayers without first obtaining a judicial warrant or a lawful subpoena or other court order. Moving forward the IRS continues to hold the plaintiff’s private financial records that it had obtained from Abra, Coinbase, and Uphold.

The Conclusion To The Case

Representing Harper in the lawsuit is the New Civil Liberties Alliance (NCLA) which is a nonpartisan, nonprofit civil rights group, and here what is Mr. Harper’s crime? It is holding a bitcoin wallet as the company wrote in the statement released on Wednesday.

As NCLA’s statement adds, in the event of agreeing with a third party, the expectation is that the third party and the government respect contractual rights. It was thereby found that the law, in this case, has then departed from the cherished Constitutional principles and also the fundamental understanding that has prohibited peeking into a person’s private papers without use of a judicially approved subpoena while not only did the IRS demand and seize Mr. Harper’s information, it has also unlawfully held on to the data without any judicial processes and NCLA is going to right this wrong.

Causing Shortage Of Mining Rigs Is The Rise Of Bitcoin: Almost All Units...

Is Jesus Coin Foretelling the End of Cryptocurrencies?