It is interesting to note how Jeff Booth is viewing Bitcoin and its future. Even amid the Covid-19 pandemic, he is optimistic. What are the reasons? 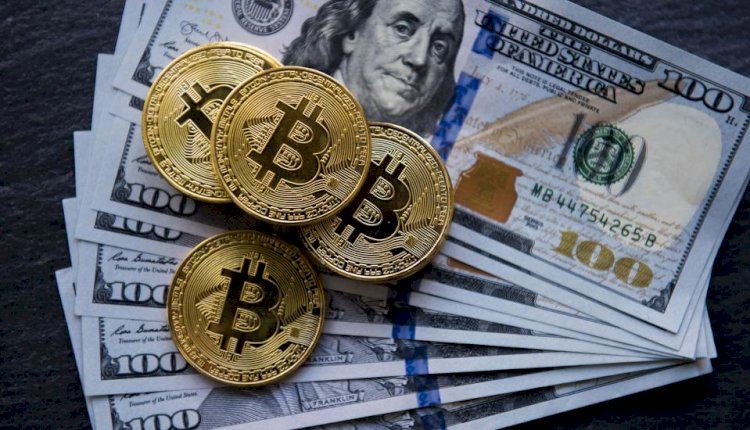 Who Is Jeff Booth?

Predicting a grim future for fiat currencies expecting them to fail as central banks keep printing money is an entrepreneur and popular author Jeff Booth. He believes bitcoin will become the world’s reserve currency and all national currencies will be pegged to it foreseeing an unavoidable severe depression and banking failure.

Making the case that Bitcoin will become the world’s reserve currency and all national currencies will eventually be pegged to bitcoin is Jeff Booth, the author of the book called The Price of Tomorrow and Why Deflation is the Key to an Abundant Future’. Detailing why we are due for a financial reset and a new economic framework; Booth published his book in January. Thereafter the entrepreneur then founded Canada based technology company called Builddirect which is an online marketplace for home improvement products.

He discussed the current economic situation and why he is more bullish on bitcoin than any other asset class in an interview with the Cambridge House International published last week. Explaining the consequences of what the Federal Reserve is doing right now he began that mostly all of those printing is directly going into asset prices where it is being robbed from the greater economy. Further on he says MMT, helicopter money, and everything else is coming next. All bets are off in inflation so the Treasury essentially will become the Fed and print money and can distribute that money to the population and then you are going to lose currencies all over the world, as once the Fed loses its credibility.

Emphasising that central banks are artificially keeping interest rates low, moreover, Booth predicts that interest rates are going to continue to go down until currencies fail. After it announced a policy shift to push up inflation, the Federal Reserve recently pledged to keep interest rates near zero for several years.

Booth diversifies and cautioned against putting all wealth in one asset class, to preserve wealth in this environment. He affirmed he is much more bullish on bitcoin for a variety of reasons and he thinks it could be the new gold as bitcoin works on a network effect while having both gold and bitcoin in his investment portfolio. Further elaborating the popular author said, he thinks it’s highly likely that bitcoin becomes the reserve currency whereas bitcoin should keep on growing and he thinks one day the other currencies will be pegged to bitcoin.

Asserting that bitcoin is a much better bet than gold and more importantly everyone’s portfolio must include bitcoin, he noted that Gold is valued where it is for that exact same belief where it will be pegged to the other currencies. He said in addition that portability of gold is difficult when currencies break and safety becomes an issue. Adding on the warned that becoming paramount is the portability alone of bitcoin for safety reasons.

He said government bans are the number one concern when asked about the biggest challenge bitcoin faces. Moving on he expressed that: because of game theory, he sees that as very low probability. It is in this competitive world where there is every region needing to attract wealthy people, businesses. Other regions accept it faster if some regions ban it.

Then he outlined that in the possibility of a country trying to stop bitcoin, it then creates more of an incentive for other countries accepting it and building rules around it thereby pointing to Switzerland as an example.

Sharing his view on the future of the stock market was Booth. He points out that the stock market is teetering, whereas you are likely to feel it's about to collapse and when that’s all-around stimulus, expect a downward spiral without more stimulus. It would take stocks down 80% if the stimulus stopped that downward spiral according to the author. Governments will not let this happen and print their way out in order to prevent it as he firmly believes.

Signing Off For Now

Booth now sees a grimmer future as trends have been accelerated by the Covid-19 pandemic, while his book highlights a more optimistic outlook since he wrote it shortly before the coronavirus crisis. Booth opined that it has therefore accelerated the monetary easing and thereafter now it just isn’t a way out without a severe depression and banking failure, further adding that:

To protect wealth bitcoin becomes a really good choice and what’s happening as it cannot be confiscated is that he thinks bitcoin is sure to go up, largely up like a macro theme.