Aliro To Democratize Quantum Computing With Developer Tools, All In $2.7M

Aliro technologies is a Harvard startup, that has succeeded in developing a platform for developers so that they can code more easily for quantum environments. 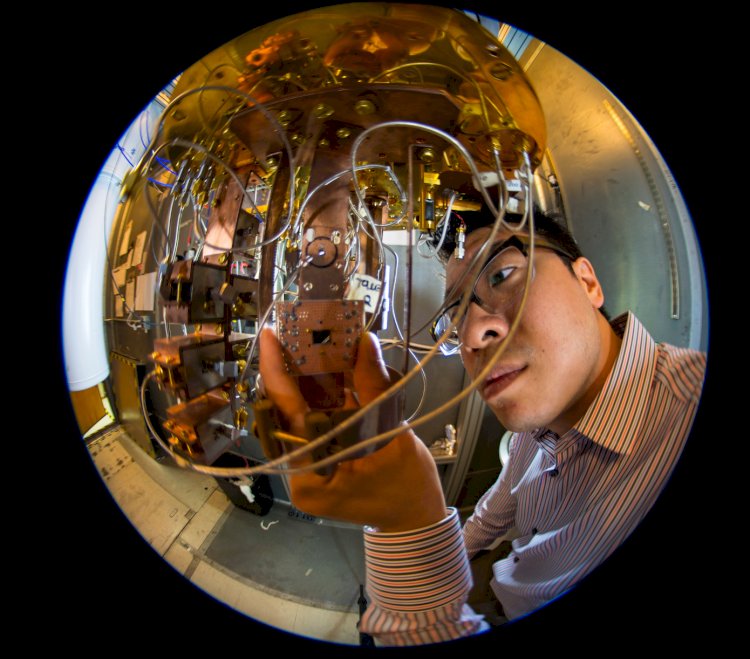 Even though quantum computing is in its early days' development, there are lots of startups emerging that is taking the world by storm. The world is benefitting from this new entry. Aliro technologies is a Harvard startup, that has succeeded in developing a platform for developers so that they can code more easily for quantum environments. The motto of these startups is “write once, run anywhere”. With this policy, Aliro has come out of stealth announcing $2.7million funding to set it flying.

The major investors are Flybridge Capital Partners, along with Crosslink Ventures and Samsung NEXT’s Q Fund. The fund was set by corporate investors dedicated specifically to quantum computing and AI-related emerging technology areas.

Aliro is introduced to this hot new market at a moment when the development of quantum computing is the trend of the day.

The critical problems faced by the computers built so far can be solved in a jiffy by quantum computing. Vendors are building new quantum hardware that can overcome problems not handled by current binary based machines. All the applications related to medicine discovery and multivariable forecasting are examples o the fields assisted by quantum computing.

Startups emerging are successfully tackling critical problems and dovetailing the progress by building the hardware itself. When used for a large amount of time, the machines are prone to error. The startup called Q-CTRL has discovered a firmware that helps reduce such errors providing fixes to stave off crashes.

The fact that quantum hardware is still fragile, with each machine having own proprietary language, operating techniques and even the purpose of optimization, this is the specific area of working that Aliro addresses. It is a wide scene where specialists engage to overcome the challenges and not only the wider world of developers.

“The stage of progress in quantum computing is still in the embryo stage just as what it was in the 1940s when digital computing was discovered. There is no standardization, and those based on the same technology, work with different qubits and connectivity,” says CEO and chairman Jim Ricotta. The co-founders are Harvard computational materials science professor Prineha Narang along with Michael Cubeddu and Will Finigan, undergraduate students at the university.

Unfortunately, software developers are not accustomed to quantum circuits, and the different style of computing,” says Ricotta, further adding that engaging with them isn’t as same as the procedural languages. There is a steep rise from high-performance classical computing to quantum computing.”

Aliro has not yet specified the platform it has developed to work on and still keeping the details confidential. But experts mull over the matter and expect it to be an engine where the developers work in the languages they know and identifying the problems to be solved, then assessing the code to provide a channel that optimizes the code and putting it to quantum ready language suggesting best machine to process the task.

It is interesting to watch over the quantum computing developments mostly in the early stage. Companies are working on it, but the question mark is whether these machines will be widely deployed or as it is in the case of cloud computing, will it be pushed to a smaller amount of providers. This has the potential of bringing a model that fits into the computing of the day and open the door to large cloud names like Amazon, Google, and Microsoft that plays a big role in deciding the disseminated form.

All these questions are theoretical although a few problems do exist to be fixed while the march of progress is inevitable and forecasts predict, quantum computing is likely to reach $2.2 billion industry by 2025 with middlemen like Aliro playing an important part.

“Working with Aliro for the past year, I am more than excited about the opportunity to help build up a company rather foundational in Quantum Computing software,” said David Aronoff, general partner at Flybridge. The innovativeness, unique combination of Quantum researchers and world-class executive team brings Aliro to the forefront being a formidable player in the new sector.

Ajay Singh, Samsung NEXT’s Q Fund, states that” we are focused on how the world will be in the future helping it to be made into a reality.” “Prineha and her team do look promising with impressive backgrounds and extent of research into quantum computing. Aliro’s unique products revolutionize the entire scenario, speeding up the inflection point where quantum becomes as accessible as classical computing did in the 40s. the implications differ throughout drug discovery, materials development or chemistry. The efficiency with which it maps quantum circuits to heterogeneous hardware is a transformative and thrilling journey for us.”

Why Is Gartner Picking Digital Ethics And Privacy As A Strategic Trend?...

How Do You Spot A Cryptocurrency Exit Scam?