Cryptocurrency public ledgers are not difficult to comprehend. Here are those ledgers that can be understood by anyone. Know more and understand what they are from these passages. 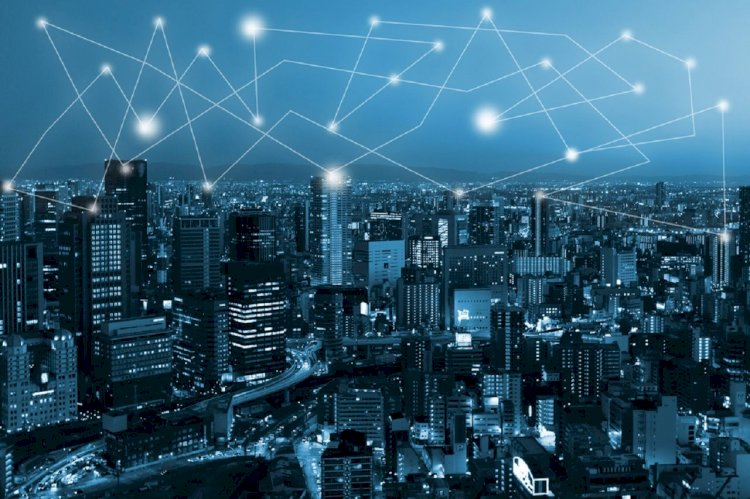 What Is Cryptocurrency Public Ledger In Essence?

As it derives the name from the age-old record-keeping system, a public ledger is used to record the information like agriculture commodity prices, news and analysis and available for the general public viewing as well as verification. The use of public ledger term gained popularity in the world of cryptocurrency as the cryptocurrency-based blockchain systems emerged relying on a similar record-keeping and public verification mechanism. As this article explores cryptocurrency public ledgers, their working and challenges they face, it is one term well accustomed to crypto markets.

Public Ledgers - Where Everything Gets Stored

As cryptocurrency comes as an encrypted, decentralized digital currency, it facilitates the exchange of value by the transfer of crypto tokens between network participants. For this purpose, public ledger uses it as a record-keeping system maintaining participants' identities in a secure and pseudo-anonymous form with respective cryptocurrency balances, and a record book of genuine transactions executed between network participants.

As an example, think about writing a check to a friend or making the online transfer to his bank account for $100. The details of the transaction in both cases are updated in the bank records – the sender's account is debited with $100 while the receiver’s account is credited by the same amount. As the accounting system keeps the record of balances, it also ensures that the sender's account has sufficient funds or else the check bounces or the online transfer is not allowed. In case the sender has only $100 in the account and he issues two $100 checks the order in which the checks are presented determines who receives the money and whose check bounces.

The two parties between whom the transaction took place can query and verify the transaction details in the bank’s records. The bank record is additionally accessible only by the designated bank officials and the concerned authorities like the tax department of the government on a need basis. No other person has access to these details.

Though with a few differences, these public ledgers work similarly to bank records.

The transaction details on a cryptocurrency public ledger are verified and queried by the two transacting participants similar to bank records. No other central authority and network participants, however, can know the identity of participants. As transactions are allowed and recorded only after suitable verification of the sender’s liquidity, otherwise they are discarded.

How is the fairness regulated on cryptocurrency ledgers, in case no central authority controls or maintains the ledger records?

In Which Way Does The Public Ledger Work?

Similar to the database system of bank records, a public ledger can be viewed as a data management or storage system physically. A blockchain comes as a form of public ledger that is a series of blocks on which transaction details are recorded after suitable authentication and verification by the designated network participants. Starting right from the creation and start of a cryptocurrency’s working is the recording and storage of all confirmed transactions on such public ledger. Being filled with transaction details, the new ones are mined and added to the blockchain by the network participants called miners.

While selecting network participants, called full nodes, always maintain a copy of the whole ledger on the devices connected to the cryptocurrency network. The public ledger becomes distributed depending on the participant’s interest and spread across the globe, as they connect and contribute to the blockchain network activity keeping it agile and functional.

As the true state of the network known to everyone is in terms of who holds how many crypto tokens, what the transactions are authentic to be recorded and as preventing the misuse like double spending since hundreds and thousands of participants maintain a copy of the ledger. It is ensured that the participants’ identities are protected and only genuine transactions are carried on the network with a combination of various intrinsic features of the public ledger like consensus algorithm, encryption, and reward mechanism.

As an example, for a transaction like Alice sending 1 Bitcoin to Bob, she only needs to broadcast the information which contains her and Bob’s encrypted account numbers (wallet addresses) and the transaction amount of 1 Bitcoin. Depending upon the network, the amount can be obfuscated. It is ensured that only the person with necessary crypto coins can carry out spend transactions from the wallets/accounts using an internal digital signature mechanism. As all the full nodes on the network see the transaction broadcast, it is better to verify it for authenticity and once found genuine update the public ledger records on various nodes forming part of the blockchain cryptocurrency network.

There has been rising concern about the use of public ledgers in cryptocurrencies beyond the numerous advantages offered by public ledgers. Recording every single transaction that has ever occurred on its network, for instance, is mandated by the working mechanism of the Bitcoin blockchain. It is a big challenge to keep Bitcoin sustainable in the long run, when it comes to balancing the maintenance of this long-running detailed history along with a need for scaling the future capacity as well as processing the growing number of transactions.

Every transaction would also allow hackers, governments and security agencies to track public records as well as network participants which are the concerns regarding maintaining a public ledger. The most important aspect of cryptocurrency use which is the anonymity and privacy of blockchain participants are put to risk. The American security agency NSA is already accused of attempting to track down Bitcoin users.
In addition to that, any public ledger-based cryptocurrency is under the threat of hacking attempts, stealing of crypto coins and network clogging by hackers.

The Bottom Line
The public ledger forms the backbone of a cryptocurrency as a data storage container where everything is stored after verification. Being widely adopted, configuring it with the right parameters is as important to maintain the decentralized and anonymous features as for the hassle-free transactions in cryptocurrencies.