An Overview Of Bitcoin And Litecoin

One of the main differences between Bitcoin and Litecoin concerns the total number of coins that each cryptocurrency can produce. This is where Litecoin distinguishes itself. 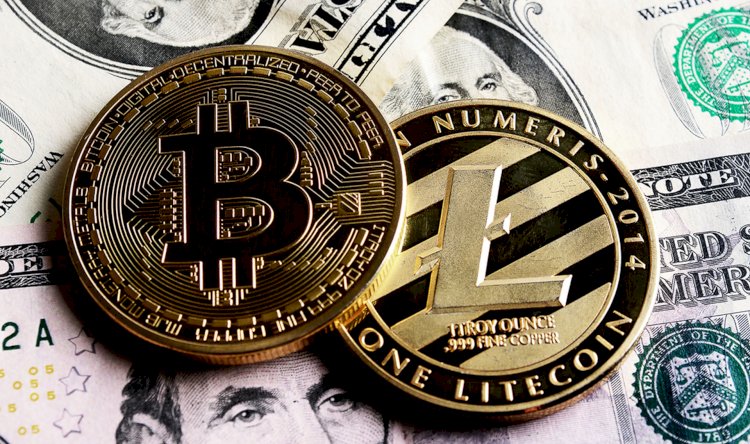 With increased public interest in cryptocurrency, the main focus of interest has been the Bitcoin, following its release in 2009. Since then it has become the dominant name in crypto. However, there has been an entry of many cryptocurrencies with at least 20 tracked by major financial news sites. Amongst these currencies, Litecoin has garnered interest and the developers have stated their intention to create the silver to Bitcoin’s gold.

The Scene Behind Litecoin

Bitcoin and Litecoin differ in the number of coins produced by each cryptocurrency. Litecoin distinguishes itself in this matter. Whereas the Bitcoin network never exceeds 21 million coins, Litecoin enables 84 million coins. Though it is a significant advantage for Litecoin, the real-world effects are negligible. The reason behind this feature for both coins is that they are divisible into nearly infinitesimal amounts. Regarding Bitcoin, the minimum quantity that is transferrable is one hundred millionth of a Bitcoin (0.00000001 Bitcoins) known as ‘satoshi’. This helps users without any difficulty to purchase low priced goods or services, however high the general price of an undivided single Bitcoin or Litecoin maybe.

The greater number of maximum coins in the case of Litecoin offers a psychological advantage over Bitcoin due to the smaller price for a single unit. Most of the users prefer transacting in whole units rather than in fractions of a unit, according to IBM executive Richard Brown which is a potential advantage for Litecoin. In case it is identified to be true, this problem can be solved through simple changes in the software as well as digital wallets through which Bitcoin transactions are made. Already Bitcoin wallets like Coinbase and Trezor display the Bitcoin value in terms of official currencies like the US dollars eventually helping circumvent psychological aversion in dealing with fractions.

Each transaction takes time to be confirmed by other network participants even though the transactions happen instantaneously for both Bitcoin and Litecoin. The long term average transaction confirmation time for the Bitcoin network is just over 10 minutes per transaction even though it can vary widely when traffic is high. The Litecoin equivalent is roughly 2.5 minutes. This difference makes it more attractive to merchants. As an example, merchants exchanging in Bitcoin need to wait four times as long to confirm the payment whereas in Litecoin they can accept transactions without any waiting time. This security of zero-confirmation transactions is still subject to debate.

Facts To Be Considered

Bitcoin and Litecoin differ in the cryptographic algorithm that they employ. While Bitcoin uses a longstanding SHA-256 algorithm, Litecoin uses a comparatively new algorithm called Scrypt.

This difference makes an impact on the process of mining new coins. For both the crypto confirming transactions require substantial computing power. The miners who are members of the currency network, allocate computing resources to confirm the transaction s of other users. They are rewarded earning units of the currency mined in exchange.

The algorithms vary in their capacity with SHA-256, considered more complex than Scrypt at the same time allowing a greater degree of parallel processing. As a result, Bitcoin miners utilized sophisticated methods to mine Bitcoin efficiently with the best and most common method consisting of the use of Application-Specific Integrated Circuits (ASICs). They are hardware systems that can be tailor-made for mining Bitcoin as opposed to predecessors like CPUs and GPUs. This has resulted in Bitcoin mining falling short of the reach for the everyday user.

On the contrary, Scrypt is designed less susceptible to custom hardware solutions employed in ASIC based mining. Scrypt based cryptocurrencies such as Litecoin has led commentators to believe it is more accessible for users who wish to participate in the miner network. Many companies have brought Scrypt ASICs to the market but Litecoin ’s vision is easily accessible mining made a reality, as they are done through miners’ CPUs and GPUs.

The status quo in the dynamic and emerging sector can change in a matter of a few months, even if the Bitcoin and Litecoin are considered to be the gold and silver of the cryptocurrency space. We are looking forward to seeing if the cryptocurrencies we are familiar with retain the stature in months and years to come.

JPMorgan Has Launched The JPM Coin

It Is Found That Ten Years Ago Satoshi Nakamoto Logged Off And Then The...