Bitcoin is a cryptocurrency. It is a decentralized digital currency without a central bank or single administrator that can be sent from user to user on the peer-to-peer bitcoin network without the need for intermediaries. 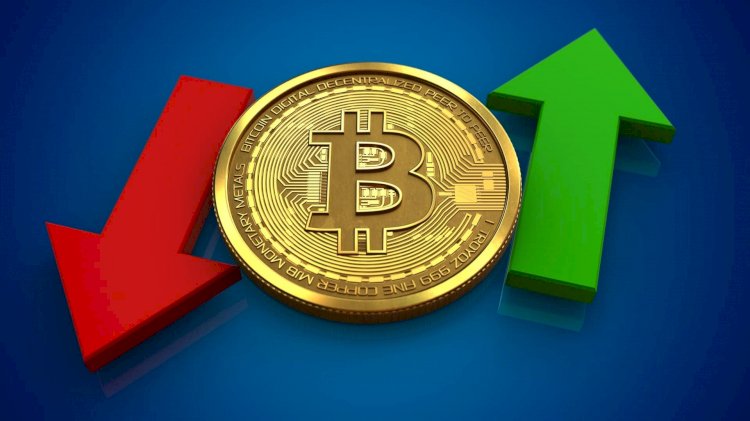 Bitcoin has become a household name of in the world of cryptocurrencies. If you like to agree with me, you can call it the grandmaster or godfather of digital currencies. This is because of the pioneer advantages it is enjoying as the first world peer-to-peer decentralized cryptocurrency that operates on exchanges and the blockchain technology. It is identified by the symbol BTC.

It’s the digital currency that’s most widely accepted. In fact, international firms like Microsoft, Virgin Galactic, Telsa, Shopify, and many online markets accept Bitcoin as a means of payment. Even it has been adopted in some economies like Japan, Argentina, China, and others to a different degree as means of payment for various services. It has been accepted as a means of compensation also in several pyramid schemes. That’s another reason why merchants are prone to accepting it as a form of settlement of bills.

Its acceptability was partly due to its creating the possibility of facilitating of the peer-to-peer global transaction without any middlemen to be paid. That’s why the transaction fees with Bitcoin are very lower than what you pay when using credit cards.

Yet, its status as a currency is still being disputed since there’s no single administrator or central repository regulating it. That’s why the US Treasury calls it a virtual currency. The European Banking Authority has actually warned that consumer protection is not guaranteed in Bitcoin transactions. In spite of all that, that feature is seen as a freedom from ‘limitations’ of fiat currencies. Thus, its popularity is rather increasing.

Bitcoin was created by Satoshi Nakamoto in 2009. There have been a lot of speculations regarding the identity and the whereabouts of the supposed creator of Bitcoin. It’s generally believed that Satoshi Nakamoto is a pseudonym. The idea behind Bitcoin was to device a way to anonymously transact businesses, transfer funds, and settle bills between parties.

Bitcoin came out with the promise of enabling transactions with lower transaction fees than of the conventional online payment mechanisms since Bitcoin is being operated by a decentralized authority, unlike fiat currencies being controlled by the government.

Bitcoin employs the use of peer-to-peer technology with its unique properties that allow exciting uses that could not be covered by any previous payment system. It’s being used for hotel bookings on Expedia, shopping for furniture on Overstock, and to buy Xbox games. Traders hope to generate more wealth by in Bitcoin.

Bitcoin is being generated by the process called mining. The miners will be expected to take up some mathematical algorithms using a set of rules that are generally agreed upon. Upon solving a mathematical problem, the user will announce an existence of a new solution with other information which will be packaged together in a block. Bitcoin miners offer their computing powers in order to verify and record all payments. As open-source software, its payment systems are recorded in an open ledger with its own unit of accounting. The process is basically the same with other digital currencies.

Sending and receiving payments with Bitcoin requires the use of a public key cryptography in order to make and verify digital signatures. That’s why it’s called cryptocurrency or digital currency. The payment is being made into what is called wallet by means of an address. And each wallet has an address or addresses associated with a user. There is a pair of key (one private and one public) for each address. It’s the user with a private key that can effect a transaction with Bitcoin by signing it, in effect, giving the Bitcoin to others. However, anyone can authenticate the signature by means of his public key.

All that means that: If you want to be paid in Bitcoin, you’ll send your address to the payer while the payer will add your address and the amount of Bitcoin he intends to pay you to a transaction message. The payee will sign the transaction with his private key and announce his or her public key for verification of the signature. Once that’s done, the payee will place the transaction on the network for the information of all users. These steps are partly taken by Bitcoin software and complemented by users.

The number of Bitcoin users is very high and it’s increasing by each passing day. As at September 2011, there were some 60,000 Bitcoin users. Now, the number of users has reached 22 million.

Where to Buy Bitcoin

There are several licensed exchanges that have earned an international reputation as Bitcoin traders. They include Coinbase, HitBTC, Bitstamp, Kraken, Poloniex, and CoinMama among others. Almost all of the exchanges trade in Bitcoin. But some of them have a few restrictions.

Due to the dynamic nature of digital currency market, the figures can’t be constant for too long. But as at the end of 2017, the market cap of Bitcoin was $171, 620, 808,535 and it peaked over $19, 000. Bitcoin should not expect to continue to be the most valuable and traded cryptocurrency. However, it will continue to enjoy the pioneer advantage.