Bitcoin Trading vs. Forex: How Does It Work- Part 2

More On Bitcoin Trading Vs. Forex Continued From The Previous Post. 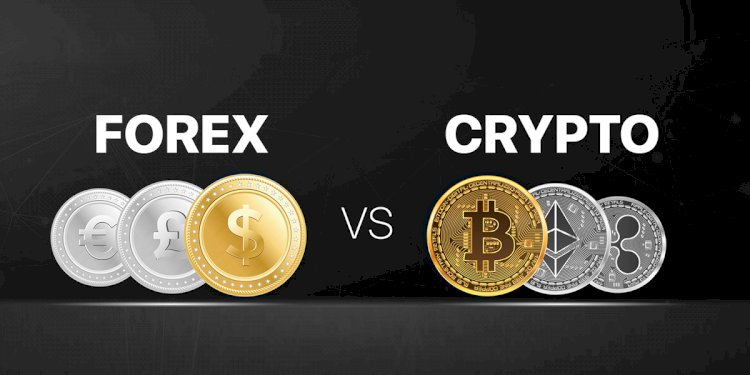 As it is continued from the previous post, Bitcoin trading is the current rage whereas forex remains to trade of currencies across the world. Global uncertainties and weaknesses in fiat currencies are making Bitcoin trading an even more crucial financial instrument. Along with the evolution of Bitcoin, the global regulators are also being scrutinized in the wake of many cryptocurrencies doing the rounds.

Bringing the possibility to individuals to deposit, withdraw and trade on a Bitcoin-based account are several forex brokers like Bit4X and 1Broker. Whereas in the current global scenario, the functionality of1Broker has legal implications as Americans are given the fact that Contracts for Difference is not allowed in the US and the Financial Conduct Authority, the UK’s financial regulator which have issued warnings about Bit4X platform to investors.

In response, other forex brokers have heeded to include Bitcoin trading into platforms given it is not BTC based as well as trade other currencies unclear about what is being done broader than to allow users to buy and sell Bitcoin through those existing exchanges.

As Steve Lord puts it, many foreign brokers have gone through a more traditional Bitcoin exchange where it is not likely to spot desk dealer for Bitcoin on currencies as it doesn’t work that way as Bitcoin trading isn’t like what happens in spot currency trading.

Goldman Sachs in a recent report explained that the Chinese Yuan being the most popular currency based on which Bitcoin trades. 80% of Bitcoin volume according to the investment bank, exchanges into and out of Chinese Yuan.78% of all Bitcoin trading volume according to Bitcoinity.org, says happening on china based exchanges OKCoin, BTC China, or Huobi. As it has become a common practice, it suggests that frequent trading is done between Bitcoin and rival fiat currencies.

Investors are better off working with those Bitcoin-based exchanges while also trading in their national currencies until theses forex platforms are growing more robust in Bitcoin offerings. With a better understanding of trading markets, security requirements as well as fewer trading costs, these firms are associated with each purchase. In this scenario, the collapse of Mt.Gox exchanges say they have subsequently improved models with better security mechanisms as an example of this, Coinbase a San Francisco based Bitcoin exchange expands to18 countries.

The most popular method for investing in Bitcoin remains to be Coinbase that is a wallet allowing users to store, spend, buy, and accept Bitcoin. Being a popular platform, it processes purchase of goods and services from a list of merchants that are unending including Expedia Inc. (EXPE), Overstock.com Inc. (OSTK) and Target Corporation (TGT)

Users interested in purchasing Bitcoin, must create a Bitcoin account as well as initiate a transfer of money into the account every time they purchase Bitcoin. It is in this pretext that Coinbase does not hold currencies into their accounts while meaning that every exchange between dollars and Bitcoin requires added security steps. To purchase Bitcoin it takes three to five working days as it doesn’t work as a traditional currency exchange would. Each transaction is locked in before delivery of Bitcoin, to individual account meaning that you can purchase at an agreed price, with a fee for each transaction from dollars to Bitcoin or vice versa charged at1% plus a $0.5 bank fee.

The popularity of Bitcoin is all that matters in the global cryptocurrency scene. It comes as an alternative investment and is drawing the attention of forex brokers while looking to expand the offerings. While it has been defined as traditional currency by many, this is especially trading Bitcoin not based on macroeconomics of a nation but instead of that underlying platform coming with a broader reaction to shifts in global economics.

Again in this context, trading Bitcoin shares many similarities whereas doing so through a forex broker is certainly not required whereas it may be more costly in case of charging higher fees than traditional bitcoin platforms like Coinbase. After considering the risks associated with Bitcoin, as also alternative currencies investors should consider and decide whether that form of speculation is right for their portfolios. There is more to Bitcoin trading as users are yet to mine out the possibilities on a large scale. Bitcoin trading holds the promise of the future and can be judged to be the most popular virtual currency that has created a huge response among investors. So are you ready???