Blockchain Technology Is All Set To Revolutionize Traditional Banking

What is the blockchain technology doing to traditional banking? Know more about the application of this technology. What are the challenges they are facing? 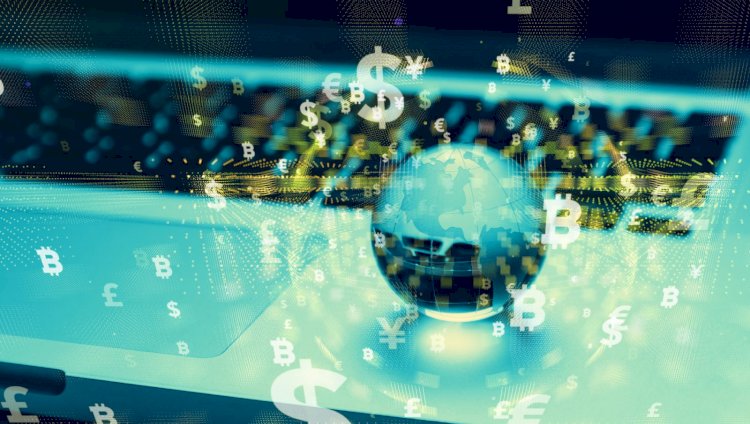 How Is Blockchain Technology Posing A Challenge To Banking Business?

Blockchain technology has developed as one of the biggest threats to the banking sector today. No matter if it is coming from the pioneers in technology firms like Google, Apple, eBay or Amazon, to the new financial technology startup called fintech, traditional banks are noticing the shift. The applications involving blockchain technology are one of the potential disrupters for the financial industry providing a tamperproof system of distributes ledgers that underlie cryptocurrencies like those of bitcoin. From investment bank to stock exchanges to central banks, large financial institutions are beginning to work on blockchain-based solutions so that they stay on top of the innovation.

It is worth taking note of some of the key institutions that have publicly announced interest in it, before looking at just how blockchain technology can disrupt traditional banking.

The BNP Paribas, a French investment bank had announced that they are looking at how blockchain technology is applied to currency funds effectively and for order processing.

Whereas technology-focused stock exchanges the NASDAQOMX Group inc. Owns up that they have been working with blockchain to reduce the time, costs and points of friction across capital markets.

While not overtly reporting but Goldman Sachs group inc, is working on anything in the house, causing some speculation as it participated in a $50 million investment round with funding Bitcoin wallet and payments company circle, inc.

Working internally to develop blockchain-based solutions, Spain-based Banco Santander reduces its cost by $20 billion a year by the end of the decade.

Viewing blockchain technology as transformative and experimenting both internally and via partnerships, with startups, Barclays use it as it relates to financial services.

Used as a payment system, it is the most obvious and basic use of blockchain technology. Acting as digital money, both Bitcoin and cryptocurrencies are used as a method to send payments in the money-form around the globe. It is easy as the transactions require only an internet connection and taking place instantly. As it is true that it may take minutes for a transaction to be 100% confirmed, this transaction itself takes place in a matter of moments. These are transactions that are borderless, secure and largely anonymous. With minimal transaction costs, that too costing only a few cents per transaction, making it much cheaper ways to send money around the world than wire company like Western Union, or via credit card processors like that of Visa Inc, Mastercard Inc, or Discover Financial Services. If a merchant not wanting to pay the initial and ongoing fees to accept credit cards can take electronic payment via cryptocurrency instead for a fraction of the cost.

Being a difficult undertaking remittance overseas fees are high, the processing time is slow money can be intercepted or stolen, with legal and tax issues to be considered. To eliminate these problems use a blockchain-based system with dozens of companies started to facilitate remittances in this way.

Requiring clearing and settlement of trades is the simplest purchase of the company’s shares to a complex over-the-counter currency swap. The ownership of the asset or contract that is being traded must verifiably change hands to be recorded. With exchange fees and clearing fees, the cost of each trade becomes sizable over time given large volumes of orders.

As it exists on a blockchain and any change of ownership is immediately validated and confirmed it greatly reduces the transaction costs as well as clearing costs of all sorts of asset classes ranging from the stocks to the bonds to the derivatives as well as to commodities and real estate.

Recently announcing that it was developing a blockchain-based asset exchange, overstock called it T0 to directly issue some of the corporate bonds to investors. Meanwhile, the New York-based Bitcoin exchange Coinsetter had announced that it is all set to roll out a blockchain-based platform that clear over the counter transactions which can be settling in T+10 minutes. Buying a share of a stock on a US exchange takes T+3 days to settle to put that into perspective.

The question relevant here is if secondary market trading can occur on the blockchain, then can primary markets also exist? With the answer yes, a company seeking to raise capital is issuing new shares to the public in an IPO, would be very expensive to undertake requiring and investment bank underwrite and sell the shares. Costing as much as 9% or more of the capital being raised it costs a lot.

In the case that you can issue shares of your company by yourself directly to the blockchain then sell them in exchange for money. As virtual shares can be exchanged in secondary markets, they also exist in the blockchain. It could be a huge disrupter to both asset exchanges as well as the investment banking industry if the scenario becomes accepted by the public.

Being taken seriously by the financial sector, blockchain technology may prove to be a great disrupter to the traditional banking industry. Making it ideal for reducing costs and streamlining everything from payments, asset trading, securities issuance, retail banking and clearing and settlements the tamper-proof, decentralized, immutable nature of blockchain enables it all. Blockchain technology is much more than Bitcoin or cryptocurrencies. Implementations such as payments and money systems are indeed disruptive, the greater disruption may come from alternative uses of unique and powerful characteristics.

What Were The Federal Reserve Staff Up To When They Sluiced Wall Street...

Finding The Answer To The Question Has Bitcoin Creator Satoshi Nakamoto...

We Bring You The Reasons Why There Is Still Be Hope For The VanEck Bitcoin...

How Is Nodle Crowdsourcing The IoT Connectivity?