Ethereum: The Next To The Grandmaster Of Cryptocurrencies. All You Need To Know About "Ethereum".

Ethereum is a global, decentralized platform for money and new kinds of applications. Although commonly associated with Bitcoin, blockchain technology has many other applications that go way beyond digital currencies 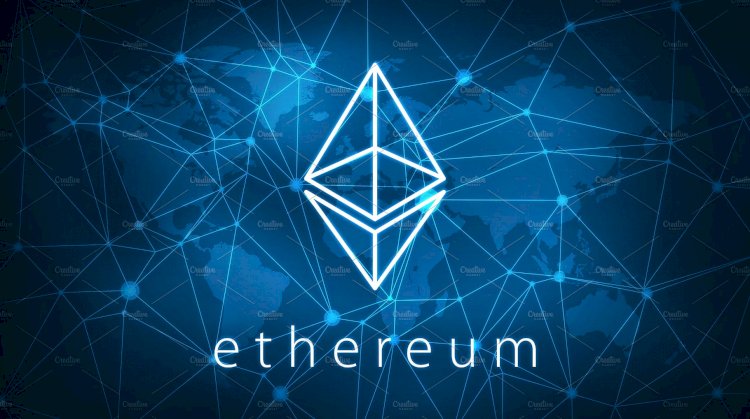 Identified by the symbol ETH, Ethereum is the cryptocurrency coming right after the grandmaster of cryptocurrencies. It is a fast-growing cryptocurrency. It’s a decentralized blockchain platform that uses the coin that is known as “ether.” Almost anyone can use, build on, and invest in the Ethereum technology. More and more developers are building applications with Ethereum giving it the exponential growth ahead of its kinds.

Though Ethereum is also a blockchain technology like Bitcoin, it is not the same as Bitcoin. And so, it’s not under the control of anyone. Rather, all the transactions on the network are recorded digitally on the public blockchain for all users to see. It’s more versatile than Bitcoin and can do a lot more. That’s why some speculators are of the opinion that it’s a matter of time, Ethereum might oust Bitcoin from its dominant position.

The tremendous growth of Dash as digital currency, recording an increase of some 500% in just six months, is an attestation to its acceptability and the brightness of its future.

There’s no doubt about the acceptability of Ethereum. Due to its current features and its future potentials to be the best performer, the world commercial giants like MasterCard, Microsoft, National Bank of Canada, Samsung, Intel, BP, Cisco, and Toyota among others are developing an active interest in Ethereum network. And the investment in the network is increasing. As matter of fact, some fortune 500 companies have been seen as endorsing it. If you’re in doubt, the mere attendance at the recent Ethereum’s developers conference is a really convincing, visible, and fundamental proof of its growing acceptability.

It was created by a 19-year-old Russian-Canadian programmer, Vitalik Buterin, just this 2015. Like Bitcoin, it also depends on the process of mining. You can mine as if you’re digging for gold and silver to generate “ether,” being the token and the reward for your effort. This is done by the use of some dedicated computer powers with appropriate compatibility and software like the one mentioned above. The fraction of ether is called gas. As the miners solve more problems with their applications that are able to run on Ethereum, more ether they create.

Ethereum’s creation marks a great technological milestone in the world of digital currencies. For instance, it has what can be described as a virtual machine, also known as the Ethereum Virtual Machine (EVM). This makes it possible for Ethereum to run “smart contracts,” a more complex computer script, in addition to other simple payment systems.

Ethereum’s vision is to provide solution to the challenges of scalability that have been noticed in the cryptocurrency system. It aims at being the biggest digital currency in the world.

And as a decentralized software platform, it enables smart contract and DApps (Distributed Applications), which is thought to be built and run with no fraud, no downtime, and no third party interference. “Ether” is the token, or “coin” that is being generated on the Ethereum network. It can be said to be “Ethereum’s money.” Just anyone in the world can generate these coins.

Making or receiving payments with Ethereum follows the same basic procedure with paying with Bitcoin. It simply involves, giving of payee’s address to the payer and the payer does the crediting. Of course, there are more market and currency for Bitcoin than for Ethereum as there are many more entities that are willing to accept Bitcoin as a means of transactions and invest in it. Nevertheless, all pointers point to Ethereum as gaining more grounds as a major means of settling bills. Consider this: In November 2017, the volume of Ethereum transaction exceeded that of the combination of total transactions in several other cryptocurrencies combined.

The number of Ethereum users and developers is much more than those of others. As at the last check, there are, at least, 20,000 estimated Ethereum developers. Though a young and new technology, it has grown to dominate the blockchain innovation. With this, it can be said that the future is bright for this cryptocurrency.

With the market cap of about $118.5 and still growing per hour (not per day), it reached as high as over $904 in 2017. Its predicted price is $1800. Though employing the same technology as Bitcoin, there are marked differences in the use of blockchains.