Is Coinbase The Factor Behind Ripple’s Price Slide?

A look into the reasons behind the price slide of Ripple. Experts suspect Coinbase to be the culprit behind it. Is it true? Let’s check the facts. 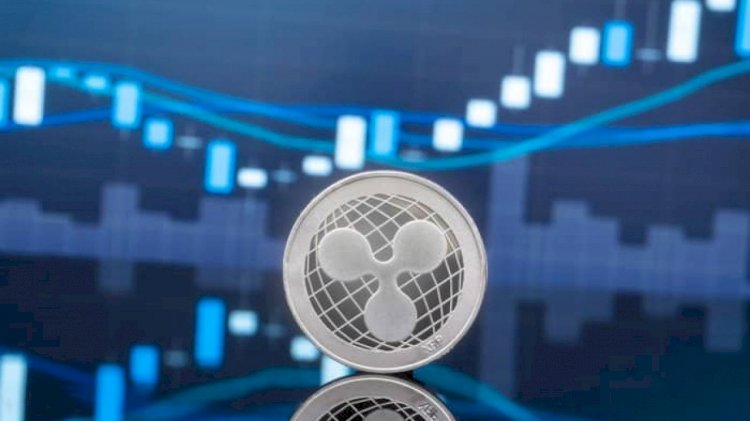 The Price Slide Of Ripple

As for ripple, the news is quite exciting for the first two weeks of 2018 where the price of XRP has climbed well over $ 3 per coin propelling ripple past Bitcoin cash and Ethereum making it the second-largest digital currency in the world by market cap. Here this is a significant move as it meant ripple was second only to Bitcoin the original and leading cryptocurrency in its significance.

That was why analysts and investors seemed sure that ripple was poised to continue its massive growth spurt as it reversed direction while XRP is valued at $2.33 per token after having fallen steadily for several days, and in the process ripple’s price has dropped back down past Ethereum to climb the third spot on the list of largest digital currencies by market capitalization. So why the sudden drop in value?

Is It That Coinbase Is To Blame?

There was a recent article by Bloomberg suggesting that one reason why ripple seemed to deflate in the past several days is an external factor which the news is that Coinbase would not add any new coins to its offerings, as Coinbase is one of the most popular and largest digital currency exchanges in the world. Thereby Coinbase announced via Twitter that it would not be adding new offerings to its customers at this time, where CEO Brian Armstrong indicated that there is any statement to the contrary is untrue and not authorized by the company and currently, it is offering to trade in Bitcoin, Bitcoin Cash, ether and Litecoin. This is where Litecoin is the seventh-largest digital currency by market cap according to CoinMarketCap.com.

Has Coinbase Been Responsible for Big Moves Before

As it is large enough to exert a major influence on the price of digital currencies, Coinbase has been seen previously as the Bitcoin cash rose by 45% in mid-December when the exchange announced that it had added it to its cryptocurrency offerings. Eventually, there may be a relatively simple reason for the impact particularly in the case of Bitcoin cash as the Coinbase has a massive customer based and the customers can access transactions in Bitcoin cash much more easily now that Coinbase offers the digital currency although ripple made major gains on its own and without being a part of the Coinbase offerings, the exchange’s decision nonetheless suggests to investors that ripple may not be as important.

Thereafter the EOS ICO has generated news for a variety of reasons, as not least among them is the distribution of wealth among its token holders. Thereby according to a post on the online platform Reddit the top 100 addresses are used to identify holdings for nodes on the cryptocurrency’s blockchain account for75% of the total distributed coins. It is then at current prices for EOS that the figure translates to approximately $ 11billion in monetary terms. Therefore the statistic for wealth distribution becomes even more skewed when you consider that the top 10 EOS holders own half of the total coins distributed during the ICO.

It is then noted that the largest holder of EOS tokens is the development firm Block.one which owns approximately 10% or 100 million of all distributed tokens and if you remove Block.one’s share that is of the overall total, and then the share of the top 10 and100 holders drops by 10%. However, those statistics come with a caveat where during the transition of the code from a test environment to mainnet the production environment where the cryptocurrency’s code goes live, the exchanges have banned withdrawal of EOS tokens effectively the crypto wallets with EOS tokens are frozen since the day that the ICO ended. Therefore it is likely that users will surely begin transacting and the EOS token balances for the addresses will change after the main net is life.

To Conclude The Unequal Distribution Is Not News

It is seen that the unequal distribution of wealth in the cryptocurrency ecosystem is not news as Bitcoin has a similarly skewed circulation with Bitcoin Privacy estimating that 5,500 addresses each containing at least $ 5 million each accounting for half of the current stock in the cryptocurrency.

Thereby in the case of EOS, there is an unequal distribution of wealth that has governance implications. It is that while it is because of the cryptocurrency the uses are the delegated Proof Of Stake, system governing its ecosystem, this system then assigns votes based on stakes of cryptocurrency holdings for each node. Here this means that the top 10 token holders can impose their diktat on the EOS ecosystem without any opposition. Therefore a supposedly decentralized monetary instrument developed in response to the centralized nature of the existing finance ecosystem the wheel has turned a full circle.

With The New Digital Ticket Technology, Ticketmaster Puts An End To Screenshots