Is Quantum Computing Posing A Threat To Bitcoin Investment And Blockchain Technology?

Quantum computing may be the promise of the future. But developers are out in the public to secure blockchain technology and understanding cryptocurrency as it is the best invention of the century. 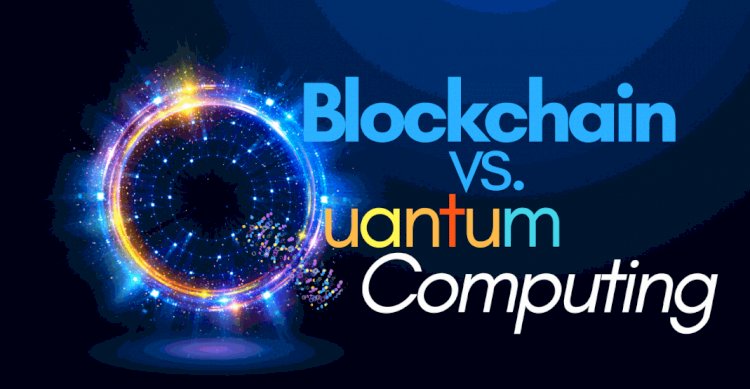 Technology is developing by leaps and bounds. Catching up with quantum computing and the latest in the tech field is nothing new to enthusiasts. Until now blockchain technology and cryptocurrency investment were the latest inventions in B2B and B2C transactions. But is it the nemesis of this unique yet compelling development? Tech giant Google’s quantum computing is posing a serious threat to cryptocurrency mining and its security. Once hailed about being robust and invincible, they are being looked upon with skepticism. The fact that the depth and breadth of quantum computing for everyone is much more to be comprehended leaving space for relief. Yet technocrats are closely watching the development and blockchain specialists are evolving the technology to be secured from an attack of the smartest quantum computers.

What is the actual scenario?
Bitcoin mining was initially presented to replace third party trust with applied cryptography. The cryptosystems in vogue are RSA and ECC. RSA stands for Rivest- Shamir – Adleman, and ECC for Elliptic Curve Cryptography. These are usually the ones that encrypt all the information that you exchange while surfing online. But with the introduction of quantum computing, it can easily bypass the security feature for anyone working online. This can pose a threat to cryptocurrency trading since the security of exchanges and transactions is the prime feature it is built on.

An insight into encryption.
Encryption involves scrambling a message using math formulas so that only the authorized person can decode. The message is safe enough that by solving the complex math problem without the key can unlock the message. This is the basics of crypto mining. RSA works on factoring numbers that can be as complex as 4096- bit key that could take up to a time longer than the age of the universe. This is where an introduction to quantum computing enabled by Shor’s algorithm helps solve even the complex problems in a matter of seconds. Here lies the major problem that makes it possible to get the private key that can eventually authorize transactions not initiated by the user.

What do the blockchain developers have to say?
Blockchain developers put forward the defense that quantum computers are still in the primitive stage and can never pose a threat to the blockchain technology. But still, they are on their toes to secure cryptocurrency trading from ultimate doom as foreseen by quantum computation and information specialists. The lifesavers are lattice-based cryptography and multivariate public key cryptography which are thought to be quantum-safe cryptography tools. ‘Quantum resistant’ public-key cryptographic algorithms that are a part of applied cryptography are hot favorites amongst developers so much so that around 80 different proposals have been submitted at a competition organized by the US National Institute of Standards and Technology.

The coins could be lost
The only way out would be to move the coins before there is a problem with verification ownership. As ECC becomes invalid, the value of the chain falls to zero. In this way, cryptocurrency mining can be saved from quantum computers. But there may be persons who have lost coins during this process. If they have access to the public key, using Shor’s algorithm, some of the coins can be recovered.

Are we still there at ‘post-quantum cryptography’?
Quantum computing may be the promise of the future. But developers are out in the public to secure blockchain technology and understanding cryptocurrency as it is the best invention of the century. Developing a more reliable algorithm for the public key and private key could be a possible solution to save cryptocurrency trading as of now. The use of symmetric cryptography for bitcoin mining that is less vulnerable to quantum attacks rather than asymmetric cryptography currently used is the recommended solution. As long as the extent of quantum computing is still unknown, blockchain technology is safe from the threat of total wipeout and of course technology is here to stay, clearly unstoppable with more and more inventions.