Learn About Blockchain From These Top 5 Books 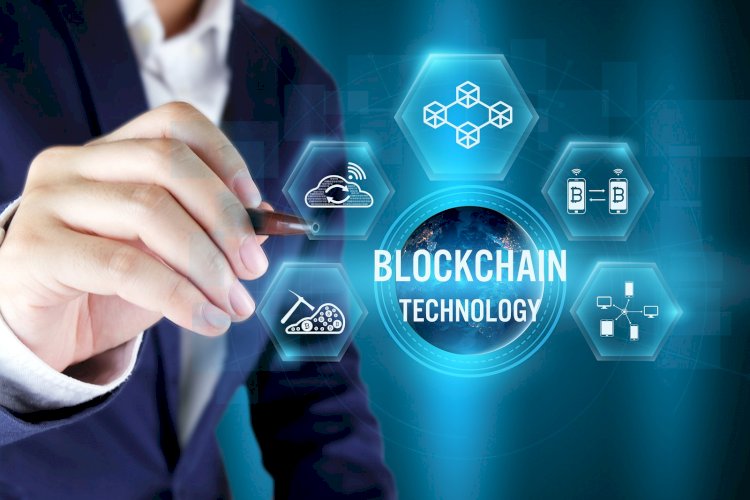 Without the need for a central authority is the innovative blockchain technology as blockchain is the underlying technological foundation of cryptocurrencies that are similar to Bitcoin and Ethereum. With dozens of leading financial firms, of the like of Goldman Sachs and JPMorgan, investing heavily in developing the technology, people who want to learn more about blockchain technology and the applications can choose from these best books on the subject.

From a financial perspective, Burniske and Tatar cover key technological concepts along the way. Written for investors, rather than programmers or Bitcoin enthusiasts crypto assets: the innovative investor's guide to Bitcoin and beyond keeps most of their explanations relevant and comprehensible. Starting with the origins of Bitcoin during the 2008 financial crisis, and covering the basics, they explain the crucial differences between Bitcoin and broader blockchain technology. It then highlights the details on the types of crypto assets risen such as crypto tokens and crypto commodities.

Understanding the financial implications of blockchain is often more useful to investors than learning technical details like any new technology. Going far beyond most of the rest of the literature, attempting to define crypto assets as an asset class, is this book as even a chapter takes on the difficult task of developing a valuation framework or crypto assets. Burniske and Tatar deserve praise for laying the necessary foundations while the market is still too young for any framework to be definitive and finally dealing with practical details of blockchain investing. Dealing with practical details of blockchain investing, all the aspects of blockchain wallets, cryptocurrency exchanges and initial coin offerings are covered without fail.

Explaining the impact of cryptocurrencies, the father and son team, of Don and Alex Tapscott opens a platform of blockchain technology expanding and transforming what we do online, the way we do it, and also who can participate. Blockchain technology will immensely improve the delivery of expanding financial services safeguarding personal identity information according to the Tapscotts. The latest in blockchain technology benefits business contracts and the development of the internet of things.

Discussing how the blockchain technology changes the future of money, transactions, and business, in the book, Don Tapscott who is also the author of Wikinomics with his son, Alex, an expert on the blockchain, carefully explains the technology. Being simple as well as a transformative protocol enabling the financial transactions to be both anonymous and also secure through the distributed ledger. Recognizing the blockchain technology is still in its infancy, the authors do an excellent job separating what the technology can deliver now from the vast potential for the future.

3. The Book Of Satoshi By Phil Champagne

As blockchain made cryptocurrencies possible blockchain technology and Bitcoin are linked and the book offers writings of the mysterious creator of Bitcoin known as Satoshi Nakamoto. The general public still doesn’t know the true identity of Nakamoto as early as 2020.

With a virtual existence, Nakamoto's persona is somewhat like the cryptocurrency creation. It was only present in online publications, where Nakamoto offered to explain Bitcoin during the earliest days of its introduction. The book is a definitive collection of writings including original paper detailing the idea of Bitcoin. It explains how Bitcoin works and chronologically organized collection of emails and online forum posts by Nakamoto.

4. The Basics Of Bitcoin And Blockchain By Antony Lewis

Formerly of early cryptocurrency exchange itBit, Antony Lewis has been an expert in cryptocurrency and blockchain spaces for nearly a decade. Lewis clearly and concisely breaks down technical aspects of blockchain in a way digestible and understandable for those within and outside of the space, in his book. Covering the fundamentals of cryptocurrencies, this book is a useful guide for those particularly interested in blockchain technology and the many applications.

5. The Blockchain Developer By Elad Elrom

This book is written with developers in mind, while the other books on the list provide just a general overview of blockchain technology. The blockchain developer as such does not shy away from the technical discussion and granular, detailed information. The author discusses the process of creating your blockchain, building apps, and more after introductions to technology and the structure. it helps when you relate to popular existing blockchain for developers interested in creating apps for preexisting networks as well as a portion of the book about blockchain applications, outside of cryptocurrency, there are specialized sections of the book.

The Scam That Claims Support By President Cyril Ramaphosa In Bitcoin Revolution...

What Are Those Reasons For Bitcoin’s Rising Price