Facebook’s cryptocurrency Libra Association is finding a thorn in the bush as more members are pulling out. Earlier they had made Libra useful, ubiquitous or reputable. But this new development is set to cost Libra more and become an obstacle to the launch and growth of the token. 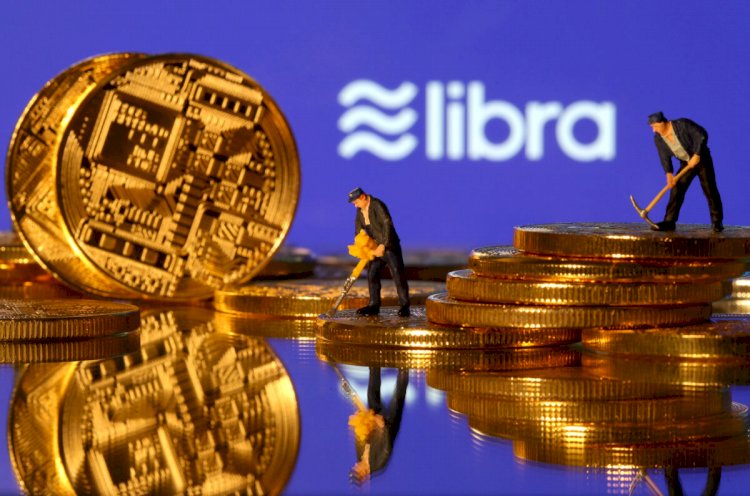 Facebook’s cryptocurrency Libra Association is finding a thorn in the bush as more members are pulling out. Earlier they had made Libra useful, ubiquitous or reputable. But this new development is set to cost Libra more and become an obstacle to the launch and growth of the token.

The main reason is the action suspected by regulatory agencies not only in the matter of Libra, but extending to the rest of the businesses of these members. Interestingly none of these members had made any commitments up to the extent of integrating the crypto Libra to their products and have not pushed away from the possibility of getting involved later. As of now, the exit has led the project into hibernation mode leaving it to absorb more of a blowback.

Let’s take a quick tour of the departing members and what they have brought to the table while hatching more challenges for the cryptocurrency.

With its wide acceptance and reach it could have made the crypto universally spendable. Being one of the most prestigious names in finance, it could lend deep credibility for the Facebook initiative. As it leaves, Libra looks more like a tech company barging into finance sectors, with a fast move that conjures fear and has an approach that could ruin Libra financially and run into problems. It could probably make Libra weak for the segment of brick-and-mortar shops. Who will lend their stake to a cryptocurrency that doesn’t appreciate and that can’t be spent easily?

Alongside with Visa, it made Libra look like adapting to modern technologies. It is less threatening making the cryptocurrency inevitable. It could have brought a wider network of locations useful for payment with Libra. Unfortunately, Visa and Mastercard could work against Libra to prevent their payment methods from being obsolete and the subsequent elimination of transaction fees through blockchain. This could eventually lead the two biggest allies to become the biggest foes.

In its defense, Facebook claims its wallet, Calibra app integrated into messenger and WhatsApp will not be the only wallet indicating the use of Paypal. Head of Libra, David Marcus told the Congress that there are companies like Paypal that will collaborate as well as compete with them when asked about the social network’s power to exploit Libra through Calibra.

The quick exit leaves Facebook in a scramble as the people will not have an alternative for Libra wallets in case they don’t trust Facebook‘s Calibra wallet. This leads to Libra losing the wide network of online merchants that Paypal has added to the integration into the payback app called Venmo. Paypal, on the other hand, has convinced the public to trust online payments which could be a solace for Facebook. Marcus, being the former president of Paypal should have been successful in keeping it in the association but has failed in building up the coalition leaving Facebook in deep mire.

The popularity o Stripe with eCommerce vendors means it could have done a lot of help to spread the use of Libra far and wide. Outside of China, Stripe joins Paypal to build the biggest portion of online transactions. Being easy to integrate, Facebook banked on it heavily for the developers to build atop Libra. The withdrawal has damaged the fintech startup ecosystem that could probably help institutionalize Libra. If it ever launches, Facebook has to associate with other payment widgets from scratch that could slow down the whole process of adoption.

The underlying cause of withdrawal is said to be the letter to Visa’s, Mastercard’s and Stripe’s CEOs that they will be under scrutiny not only for Libra related activities but also other payment activities. This left them with no other option but to leave the scene.

The power to transact between strangers without a costly middleman is what attracted the longest standing e-commerce companies to partner with Libra. This would perhaps put Libra on one of the top western online marketplaces outside Amazon. Without the toppers like eBay, netizens have a few options to be exposed to the potential that Libra has in eliminating transaction fees.

Catering to the needs of merchants to receive payments through email or in installments, this lesser-known associate was roped in to figure out how the financially underserved could be connected. This is the main objective of Libra. By leaving the association, Libra gets the robe of a financial power grabber rather than a tool assisting the disadvantaged.

Ultimately who wins the race?

The leftovers include venture capital firms, ridesharing companies, non-profits and cryptocurrency companies less tied up with payment processing that has less to lose. All allies are hoping to piggyback financial giants like Visa so that the Libra comes more legitimate to the industry.

Funding an ecosystem of Libra developers, creating use cases, spreading the system in the world of development and push alliances into the association could help Libra. There is a fight to be ought I Libra has to stop looking like an economic disruption. They should stop butting their heads with regulators by actually making serious concessions which could make more members flee. The ultimate stand would be launching a watered-down version and help the underbanked and hope to convince the innocence to the regulators

A Discussion On The World Bank's Blockchain-Based Bonds