Marijuana crypto is in high demand by the users of marijuana. Both farmers and users require safe transaction methods. These crypto find a way around legal transactions. 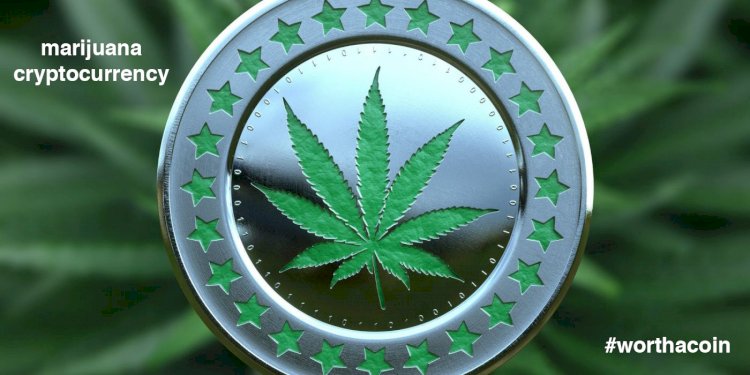 Why Does The World Need Marijuana Cryptocurrencies?

In the US, 11states and Washington D.C have eventually legalized recreational use of marijuana for adults together with 33 states legalizing medical pot. As the numbers are expected to grow, there are more states exploring ways to decriminalize the plant. It is better to keep in mind that though marijuana is still illegal at the federal level, it also makes it difficult for anyone conducting financial transactions even in states where pot is legal.

Because of federal legislation, businesses and operators selling or distributing recreational and medical pot are still barred from using banks for their transactions, where development and use of virtual currencies that are marijuana-specific have ramped up to respond to the hole in this market. Making it easy for people in the marijuana industry cryptocurrencies are easier to carry out transactions. Few alternative cryptocurrencies are catering specifically to the pot sector even though Bitcoin has become widely popular.

One of the earliest cryptocurrencies, POT was designed to solve banking problems where people are looking to transact in legal marijuana. Without using a bank or a clearinghouse trading of Potcoin takes place directly between people. The creators of the currency intended to capitalize on Colorado’s legislation of marijuana and even installed a PotCoin ATM at a marijuana dispensary in Colorado.

As you have guessed, PotCoin remains in limited supply with 420 million coins and more than 222 million in circulation as it trades on three markets transitioning to proof-of-stake allowing people to mine or validate block transactions according to the number of coins held. Pot coin claims transaction speeds of 40 seconds that is pretty impressive compared to Bitcoin.

Developed just a few months after PotCoin, CANN is a proof-of-work, peer-to-peer open-source currency which like PotCoin aims at ease of transactions for medical marijuana dispensaries initially gaining popularity but failed to deliver for investors.

As proposed to convert cryptocurrency directly into marijuana CANN focuses on the market under the name CANNdy as a line of medicines and marijuana strains grown for the specific purpose of exchange at the rate of 1CANN to 1 gram of medication.

Also using virtual wallets to hold and store coins marijuana-specific cryptocurrencies just like regular currencies come with total supply set at 91.8 million with over 77 million currently in circulation with a market cap of $803,440 according to coinmarketcap.com.

Founded by Adam Howell known as Dopey, the DopeCoin comes with little knowledge about specific markets where the currency serves except that the mission is to provide marijuana enthusiasts with a modern and secure method for business for the 21st century.

DopeCoin users’ according to the website transact pseudo anonymously under a minute and don’t pay any fees or transaction costs. It was introduced with a vision to create a silk road for transactions in marijuana across the world with a supply limited to 200million DopeCoins where 117 million are in circulation. It also comes as a proof-of-stake currency with a 5% annual interest is earned. With a market cap close to $ 240,045 the currency is recorded by coinmarketcap.com.

HempCoin focuses less on individuals using it to buy weed where the cryptocurrency was designed for use by the farming industry and medical recreational dispensaries, as the website claims it is used to facilitate transactions between marijuana farmers and local dispensary shops as well as purchasing gear and tools used to farm marijuana.

HempCoin is used in all areas of agriculture which is interesting to note and not limited to ones involved with weed, and has a price of $0.003672, with a market cap of more than $ 896,666 million.

Running on the decentralized blockchain using peer2peer tech, CannaCoin transitioned to proof-of-stake at block 370,000. This coin is a product of a group of cannabis enthusiasts who are intended to work to the future development of cryptocurrency applications that are then likely to be related to the production of cannabis, extract, and seed along with, glass blowing facilities, Vape and dab station manufacturing for the crypto development and more. Priced at $0.0155628, with a market cap of $ 73,019 having a circulating supply of 4.7 million are the CannaCoins.

Backing The ‘Frictionless Finance’ Startup Radix Is Localglobe And Transferwise