There are two ways the cryptocurrency exchange calculates fees for Bitcoin trading, mainly, a flat fee per trade or as a percentage of 30-day trading volume for an account. It comes from a tiered structure depending on the amount being traded. 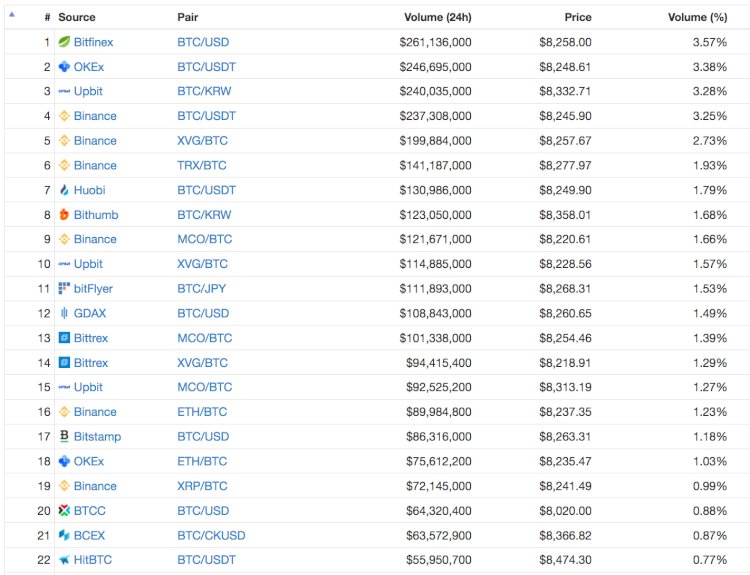 It is always a matter of interest for the tech-savvy to decide what is the cost to trade Bitcoin. Along with the Bitcoin price, an additional trading fee is incurred for purchasing and selling coins. It includes a maker fee and a taker fee. The maker fee is added to order book liquidity through limit orders and the taker fee is subtract liquidity from an order book through market orders. If the limit order is already present in the order book, the cryptocurrency traders can incur maker as well as taker fees.

There are two ways the cryptocurrency exchange calculates fees for Bitcoin trading, mainly, a flat fee per trade or as a percentage of 30-day trading volume for an account. It comes from a tiered structure depending on the amount being traded.

Keep in mind these four factors while trading on cryptocurrency exchanges

While purchasing cryptocurrency, it is essential to keep in mind these points about cryptocurrency trading in the current scenario.

Let’s take a quick look at the trading fees for Bitcoin, at popular exchanges. However, it does not take into account the margin and leverage fees.

This San Francisco based company is the best-known cryptocurrency exchange with a great many numbers of users more than even the brokerage firm, Charles Schwab. It is known to add up to 100,000 Bitcoin miners each year ever since the CME announced Bitcoin's future. The simple to use interface makes it within the reach of novice traders who are just starting with Bitcoin mining in the early stage of trading.

It enables the purchase of individual cryptocurrency as well as bulk purchases in the form of Coinbase Bundles. It does not function as a typical cryptocurrency exchange and does not attempt to match orders. The wallet is used to sell coins directly to customers. It does not incur the typical fee structure at exchanges including maker and taker fees. For individual trading, it charges a flat fee or a variable fee.

Coinbase bundle is the platform available for traders engaging in multiple cryptocurrencies which is a collection of five cryptos worth $25 per bundle. It charges an exchange rate for each of the individual assets based on its market capitalization. The fees are cheaper because the user needs to pay a single aggregate fee as opposed to individual transactions required to conduct the five separate transactions to purchase the same amount of cryptocurrencies.

This is suitable for transacting amounts greater than $300 in cryptos and using different payment methods which makes Coinbase an expensive exchange. For Kraken, the exchange fees range from 0% to 0.26% depending on the base currency and whether it is a buy or sell. For the accounts funded using fiat currencies, there comes nominal fees. It incurs zero fees for funding the transfer of digital assets from other wallets.

It has received mixed reviews with claims of being slow by some miners. It is important to note that the speed of the exchange depends widely on the cryptocurrency’s blockchain. This can delay order fulfillment at exchanges when there is a surge in transaction activity on the blockchain.

This exchange is owned by Winklevoss brothers and comes with a variable fee schedule and fees ranging from 0% to 1% depending on the amount being traded and the trading volume of the account holder over 30 days. The fee charged comes inversely proportional to the amount traded. Higher the amount of Bitcoin trading, the lower is the fees. They do not have any flat fee and the variable fee is recalculated every day at midnight applying to all the forthcoming orders.

It is one of the few regulated exchanges, with low fees for funds and withdrawing trading funds from banks. Even though the popularity has subsided as the result of a hike in the fees for bank transfers, the red carpet is already rolled out for institutional investors with no fees for block trading.

With Gemini, almost ten withdrawals incur a transacting fee in a month. Recently it has launched the stable coin purchased using fiat currency. Trading with the Gemini dollar makes as many withdrawals possible in a month using it instead of fiat currencies.

Malta-based Binance comes as a significant exchange in the cryptocurrency ecosystem. The fees charged are similar to that of Gemini. The variable fee is recalculated each night for a 30 day trial period. The stable coin is called BNB and it has introduced as a tiered trading fee discount for using BNB in cryptocurrency trading wherever it happens. Discount starting at 50% fee discount in the first year of trading to 6.75% in the fourth year. The trading fee range from 0.1% to 0.04% based on the amount and whether the trader is a maker or a taker.