The Future Of Cryptocurrency Insurance 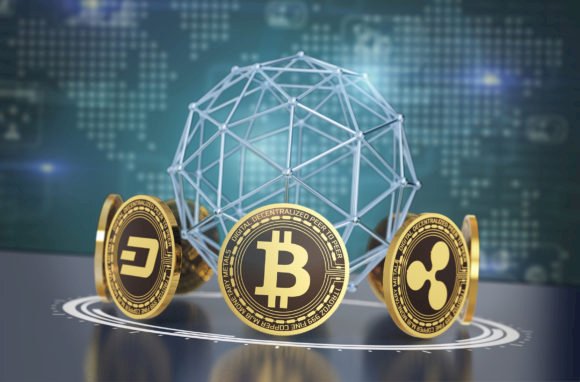 How Does Crypto Insurance Influence The Market?

Cryptocurrency markets are attracting players from other industries, as they mature. One of them is the insurance industry. The cryptocurrency insurance according to professionals is poised to become a big opportunity. According to a spokesman from Allianz, one of the world’s biggest insurers says that the company is exploring product and coverage options in the space as cryptocurrencies are becoming more relevant, important and prevalent on the real economy.

Why Does The Cryptocurrency Ecosystem Need Insurance?

As the cryptocurrency business consists mostly of startups and exchanges, it is not big enough to provide substantial revenues for the insurance industry. Even North America’s largest cryptocurrency exchange, Coinbase holds only 2 percent of the coins insured with Lloyd’s of London. While these coins are held in hot storage, the rest remain disconnected from the internet without much knowledge about their insurance status.

Consider the case of BitGo a blockchain security company as an example of the perils of cryptocurrency insurance. Claiming to have secured insurance for coins held in the custody from XL Group, the company was temporarily removed and subsequently reinstated a blog post with the announcement after a hack at Bitfinex, the cryptocurrency exchange as also a customer resulting in the theft of $70 million worth of cryptocurrency.
The Bitcoin and cryptocurrencies are sure to present unique challenges for insurers. As the insurance premiums are based on historical data, whereas the data is absent for cryptocurrencies. Premiums are affected by volatility in valuations where three-figure price swings that are not common reduces the total number of coins insured. Matters are further complicated by regulatory uncertainty and lack of oversight at cryptocurrency exchanges as insurers are interested in providing services to the industry.

As Bitcoin has always been on the radar of insurance companies, the Lloyds came out reporting risk factors for cryptocurrency. The firm wrote that the establishment of recognized security standards or whatever is the Bitcoin storage, cold or hot, it would greatly risk management and provision of insurance. Server-side security, cold storage, multi-signature wallets are possible according to the firm to mitigate risk attacks.

A Source Of Revenue

Whereas the problems in the cryptocurrency ecosystem could also potentially become a source of revenue for the insurance industry. Tailored to fit client needs, most of the insurance products aimed at the industry are bespoke products. Startups and companies according to Bloomberg report operate within the cryptocurrency industry typically opting for theft coverage, including cyber insurance and crime. However, hacks are excluded. According to the report, startups can end up paying as much as 5 percent of their coverage limits. The annual premiums could be as much as $10 million or theft coverage as estimated by journals. The coverage in case of large amounts is split between dozens of underwriters for amounts ranging from $5 million to $15 million ensuring no single insurer is on the hook in case of hacks.

Insurance companies have devised new ways to calculate premiums attracted to the opportunity. According to the head of AIG’s North American Cyber Insurance practice head, Christopher Lin compares the crypto industry to digital armored car service. Owning that he adopted a strategy of finding an established business without a similar risk profile.

Bitcoin is considered an asset for tax purposes impacting the volatility in a mixed manner. Any statement that recognizes the currency brings a positive effect on the market valuation of the currency. There are two negative effects on calling it property. Firstly the added complexity for users who want to use it as a form of payment, whereas under the new tax law, users record the market value of the currency at every transaction no matter how small. This record-keeping slows down adoption meaning too much trouble for many users.

Secondly calling the currency a form of property for tax purposes is a signal that they are preparing to enforce stronger regulations later. With strong

Use Of Blockchain Technology To Prevent Voter Fraud

Those Countries Where Bitcoin Is Legal & Illegal – Part 2