With Valar Ventures, BlockFi raises the funding of the year. As the cryptocurrency prices are volatile, as it is difficult valuing them and deciding when or why to sell. 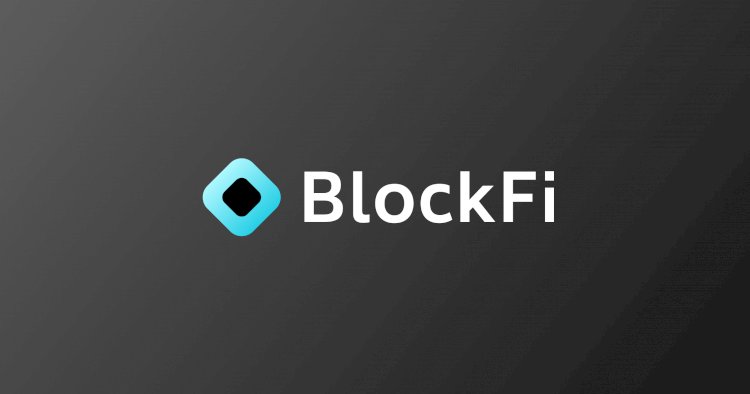 With Valar Ventures, BlockFi raises the funding of the year. As the cryptocurrency prices are volatile, as it is difficult valuing them and deciding when or why to sell. This is where crypto-based loan lending firms come into play. This is surely a new opening for many of the startups beginning to spring up around the idea. The firms lend money to cryptocurrency holders without compelling them to offload their holdings, as well as have their assets tied up in cryptocurrencies.

The leading crypto lenders on stage

Lendingblock, a London based startup enables the crypto holders to lend them out and accrue interest on the holdings. Many others exist like CoinLoan, a 1.5-year-old outfit in Estonia, trying to raise money through ICO, Nexo, a Swiss platform powered by Bulgarian consumer finance company called Credissimo and Denver based outfit called SALT Lending, which started crypto lending early this year claiming that they raised around $40 million in loans with no losses.

The curious case of BlockFi.

BlockFi, the two-year-old company has announced a funding of $18.3 million, led by Peter Thiel’s Valar Ventures, with participation from Winklevoss Capital, Morgan Creek Digital, Akuna Capital and the earlier backers Galaxy Digital Ventures and ConsenSys Ventures. They were successful in raising a seed funding of $1.5 million from ConsenSys Ventures, SoFi, and Kenetic Capital and secured $50 million from Galaxy Digital Ventures, ultimately using this to loan out cash for customers having Bitcoin and Ethereum collateral holdings.

A few good words on the founder

Founder of BlockFi, Zac Prince comes from a background of consumer lending. He has worked as the senior vice president with Cognical, now operating as Zibby. Previously he has also worked as vice president at broker-dealer, Orchard Platform acquired by the lending company Kabbage.

The brainstorming behind the crypto-backed money lender.

The monthly revenue of BlockFi has grown 10 times since January, which means enough people are using the loans according to founder Zac Prince. The uptick in loans correlates to the rise in Bitcoin’s value which jumped from $3,400 to $11,400. Prince hints at annual revenue to be hit eight figures by the end of this year meaning it is high time to roll out new money-making services. It enables investors to earn interest on their assets by introducing a savings account product. Though they claim to be operating per U.S. laws and regulations, it is not backed by FDIC. Being hidden behind the doors, they do not disclose what’s coming up through more products are added to the existing platform. Having spent around five years in consumer lending, Prince started investing in cryptocurrency in early 2016.

How did BlockFi revolutionize the global market?

The moment of discovery came when he was getting a loan for an investment property. Rather than using a traditional bank, he listed the crypto holdings to see what would the ultimate response be and it was overwhelming. He realized that no debit or credit happened outside the margin on a few exchanges. He jumped at the opportunity and decided to make it big with BlockFi. Crypto backed loans are the order of the day, that they are issued in fiat currency including CoinLoan, SALT Lending, Nexo.io and Celsius Network, among others. BlockFi allows investors to take loans of up to $10 million using either Bitcoin or Ethereum as collateral.

While crypto applications are on the rise, there is a stronghold inside the financial sector that gives the consumers a good deal of services including money lending. The new crop of startups focus on extending the application to new services and mainly the banking sector that helps them more from computer scientists and anarchists to bankers and VCs. Early investment in this discovery brings you to the threshold of fresh applications. Lending money helps the crypto holdings make their investments more liquid. Making sure the cryptocurrency, mainly Bitcoin and Ethereum have the caliber to give them loans whenever necessary makes it the hot favorites among the world population.

Take care of your crypto assets as they are more valuable than how you conceive it to be. With this application, crypto brings technology to your pockets. Crypto or no crypto, the question is how flexible the technology is to bend it around all of your needs and requirements. So take care of your steps and get the most out of your investments.

A Number Of Other Coins Gained More Than Bitcoin In 2021 As Crypto Market...