The Richest People In Crypto According To The Cryptocurrency Billionaire Rankings

Know the cryptocurrrency billionaires. They are wealthier than you ever thought . Name them and you know them. 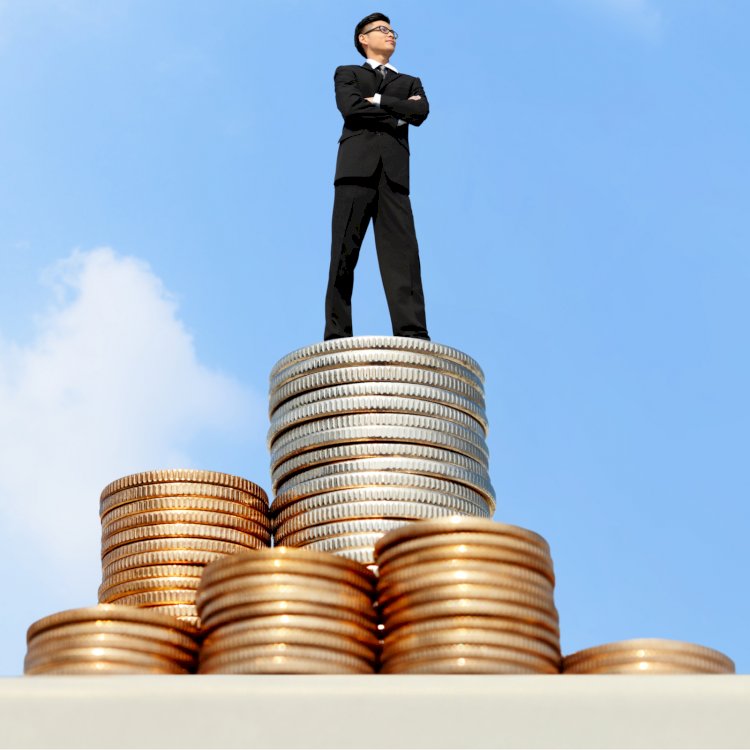 Forbes magazine, as usual, has come out with its first list of cryptocurrency billionaires under their tracking system producing annual rankings of the world’s wealthiest people. within the cryptocurrency ecosystem, the list comprises a wide array of players, with the developers and founders of trading exchanges oiling the wheels of the cryptocurrency ecosystem as members of the list are big-name investors and financiers. Reflective of the secretive and opaque world of cryptocurrencies, the couple of names listed in the rankings discussed or disclosed actual holding amounts of virtual currencies.

Similar to the SEC disclosures, there are no public filings available for Forbes posing a serious problem. this results in the magazine’s wealth estimates for individuals spanning a broad range. Also indicative of the relatively nascent nature of the industry it includes individuals who founded companies and coins less than a year ago. But they are considered billionaires based on market valuations and trading volumes.

The Wealthiest People In Cryptocurrencies

Ranked as the wealthiest man in cryptocurrencies, Chris Larsen, co-founder of Ripple comes with an estimated net worth of $7.5 billion to $8 billion. XRP, Ripple’s cryptocurrency has a majority of his wealth tied up to. It has been estimated that he holds 5.19 billion XRP becoming one of the world’s richest men, way ahead of FB founder Mark Zuckerberg as XRP’s price surged.

The next in the ranking is Ethereum co-founder Joseph Lubin with a net worth of $1billion to $5 billion. Ranked third is the Tokyo based founder of Binance Changpeng Zhao- the hottest new exchange in town with wealth estimated between $1.1 billion and $2 billion. Binance has by now racked up 6 million users and $7.5 million in commission fees.

The next in the lineup is Cameron and Tyler Winklevoss the recent first known billionaires in Bitcoin and Matthew Mellon the heir to banking dynasty who have rounded out the top five estimating the net worth of $900 million to $1 billion.

Scores o new millionaires have emerged as also billionaires, as the total value of the digital currency industry tops $600 billion and the two of the newest billionaires enjoyed a massive windfall from the success of XRP are Ripple’s current and former CEOs, Chris Larsen and Brad Garlinghouse.

As the co-founder and former CEO of the company, Larsen stepped down from that position and now serves as executive chairman. His stake is 5.19 billion XRP, giving him a 17% stake in Ripple. This means according to the exchange rate for XRP, his net holdings are worth $37.3 billion, which thereby launches him to the 15th spot on the list of richest Americans.
Owning a reported 6.3% stake in the company is the current Ripple CEO Brad Garlinghouse, as well as additional XRP tokens. With a net worth based on the current rate, about nearly $10 billion places him in the mid-50s on Forbes’s list of wealthiest Americans.

With the rapid and impressive rise of cryptocurrency, millionaires have emerged, hiding the fact that industry rewards unequally and investors swoop in to profit from the hard work of developers.

As pointed out by Nathaniel Popper from the New York Times, prominent developers have not made much money. As an example, Ripple’s Jed McCaleb seems to have benefited from its cryptocurrency’s price increase as well as its investors and CEOs.

Vitalik Buterin, a 24-year old who developed the Ethereum smart contract platform is ranked a distant 17th well below the co-founders Lubin and Anthony Di Loro who are early investors in the platform.

The Bitcoin is the final one, with most of its phenomenal price gains last year accrued as wealth to select holders of the coin just like the Winklevoss twins. With information from bitcoinprivacy.info, just 5,500 addresses hold one-half of the current stock of Bitcoin. Based on the Bitcoin’s prices at that time, each of these addresses contains at least $ 5 million, as stated by the firm.

Owing to their fortunes to investments in Bitcoin, many of the newly created digital currency millionaires, the worlds’ largest digital currency by market cap aren’t just the only ones that made some individuals very wealthy. The significant gains specifically posted by Ripple posted in recent months have added to the wealth of certain developers and stakeholders.

Why is the UK Court Starting Pilot Blockchain Evidence System?

Altcoins Are Still Way Behind As The Bitcoin Touches $17K Price Zone Keeping...