Cryptocurrency airdrop helps promote the cryptocurrencies. Here we state the conditions that make it possible. With Stellar Network adopting airdrop, has the coin gained more popularity? 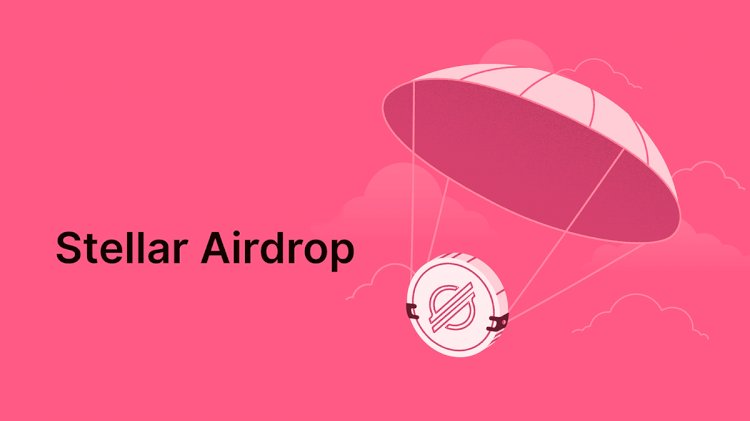 What Is a Cryptocurrency Airdrop?

To promote awareness of the new virtual currency, an airdrop in the cryptocurrency business comes as a marketing stunt involving sending free coin tokens to wallet addresses. In this process, small amounts of new virtual currency are being sent to wallets for free as also in return for a small service similar to retweeting a post sent by the company issuing the currency. Airdrop for legitimate crypto is never seen to seek capital investment in the currency as the aim is purely promotional.

The procedure of airdrop in the cryptocurrency is the one through which the blockchain project distributes free coins or tokens to wallets where members of the blockchain community are present. Here, these tokens are worth some percentage of a Bitcoin.

On the company’s website as well as on cryptocurrency forums, airdrop is generally promoted. Sent only to current holders of crypto wallets the coins or tokens are usually those of Bitcoin or Ethereum.

The recipient may need to hold a minimum quantity of the crypto coins in the wallet to qualify for the gift or may be needed to perform a certain task that includes posting about the currency on social media forum as well as connecting with a particular member of the blockchain project as also writing a blog post. In airdrops, there is good and bad crypto as it is necessary to beware pump-and-dump schemes.

This airdrop process being a promotional activity that is typically performed by blockchain-based startups it also helps bootstrap a virtual currency project while aiming to spread the awareness about the project to get even more people while trading in as it lists on an exchange as an ICO.

Does an Airdrop Work?

An airdrop is an attempt to stand out from the crowd, given the extreme competition among cryptocurrency startups. Offering alerts to users and listing services to startups, some businesses devoted to crypto airdrops along with a range of marketing services fine-tuning their airdrops. There are good businesses and bad in this space as always

The founder of Bitcoin Advisory, Pierre Rochard, has tweeted that the warning about crypto airdrops can sometimes be a pump-and-dump scheme where the owners could be artificially inflating the value to make a quick profile.

The chairman of CoinDesk’s advisory board as well as the advisor at MIT’s blockchain research initiative, Michael. J. Casey is seen to argue on the CoinDesk blog that some of the types of marketing are surely essential as a cryptocurrency is to be successful.

One of the world’s biggest crypto wallets, Blockchain is setting out plans to give away quite a vast amount of cryptocurrency wherein a bold move to scale adoption of crypto is to a more mainstream audience.

It is planned and decided that Blockchain and the Stellar Development Foundation distributes $125 million worth of Stellar lumens [XLM] to blockchain users. Claiming to be the largest airdrop in the history of crypto blockchain is potentially the largest consumer giveaway ever as to most outside observers which looks that way.

However, the critics of the move are often seen laying the charge that its cynical move likely to cheap marketing techniques as the most people is probable to say they quite liked someone giving them a Bitcoin a few years ago, and however, it remains to be seen what effect is there on the ground in regards to crypto adoption.

With a blockchain wallet that is accessible to anyone, it is said that the first batch of recipients to receive the lumens where Stellar’s negative digital currency is for free. Gaining a reputation the Stellar Network for scalability the lumen token enables competitively quick low-cost worldwide transactions where critics however and not every crypto fan out there is to be impressed.

The Final Thoughts On Airdrop Of Stellar

As block chain’s first airdrop partner, Stellar following the launch of company’s Airdrops Guiding Principles framework and as a part of the airdrop blockchain partners with several organizations further adopting lumens that include charity, emerging tech initiative, and Network for Good sharing the company’s visions and transformational technology to build a better future. Planning to reveal specific details of each initiative is the blockchain.

According to the director of Teaching and Learning at Stanford d.school, Carissa Carter, states, derived from innovation is the strength of any network and excited to join blockchain on airdrop empowering some of the most brilliant and also creative minds starting to experiment and build on Stellar’s network.