A cryptocurrency is a digital asset designed to work as a medium of exchange that uses strong cryptography to secure financial transactions, control the creation of additional units, and verify the transfer of assets. 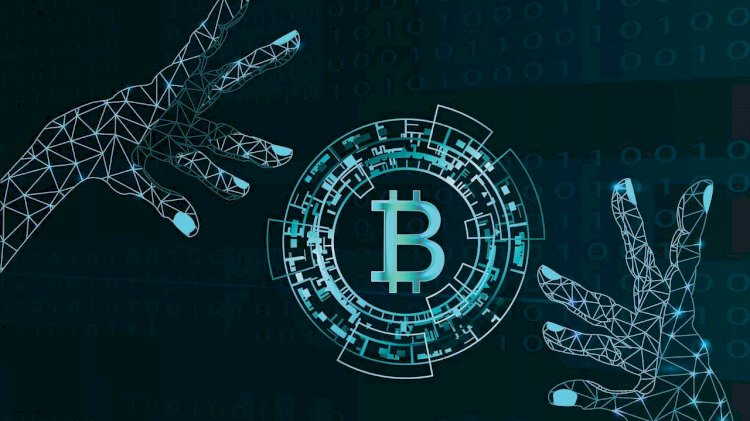 The world economy has really grown and has become diverse beyond what bookmakers could predict some 5 decades ago. The means of storing wealth and settlement of bills is no longer limited to the banknote, countries’ currencies, and hard commodities. The days were gone when people in Africa, South Asia, and South Pacific would pay for goods and services with cowries and used them to store their wealth. As the economy continues to evolve, a lot of other instruments have been used to settle bills and effect transactions.

But the main disruptor, digital technology, has sprung up hitherto unimaginable possibilities in the economy. Everything has now gone digital. Wealth is now being created and stored online. Nowadays, the use of cryptocurrencies is the order of the day.

But what is cryptocurrency? Cryptocurrency refers to digital currencies using the blockchain technology. And what is blockchain? A blockchain is a worldwide database that can be used by anyone, anywhere in the world provided he’s able to connect to the Internet. Unlike government and private networks, blockchain doesn’t have a central controlling authority. It’s decentralized and distributes records to all that should see them. This is the basis for the transactions in the cryptocurrency. I’ll tell you more about this and the process called mining.

Thanks to the introduction of cryptocurrencies, you no longer need these conventional banks and their notes to be able to earn wealth and transact your businesses. Cryptocurrencies are recording great successes in taking the world’s economy beyond the usual dependency on fiat currencies being regulated by governments of different countries. This did not come without vicious attacks from central banks of many nations, creating doubts about these currencies in the minds of wary investors.

However, prudent investors have taken a closer look at cryptocurrencies and have ascertained their authenticity. That’s why many more investors are picking the interest in cryptocurrency market. The skepticism about these currencies is dwindling as they’re gaining more acceptability to the extent that they’re now being exchanged for cash.

I guess you don’t want to be left behind. Right? You would want to invest in cryptocurrencies and join those who smile whenever they view their wallets.

I, therefore, present in this post the top 10 cryptocurrencies for your consideration. This one is going to be just a rundown of the 10 cryptocurrencies. The subsequent posts will analyze each of them in greater details. Please note that just as it is in the money market, prices in cryptocurrency market are highly unstable. Thus, the values given in this post and the other 10 may change in a matter of days or even hours. They would, however, assist you to observe the trend.

I’m sure you guess that Bitcoin is what I would mention first. And you guessed right! However, it’s a mere coincidence. Look down again and you’ll observe that I listed the cryptocurrencies in an alphabetical order. Being the first on the list both ways, Bitcoin has become a household name of cryptocurrency. If you like, you can call it the grandmaster or godfather of digital currencies due to the pioneer advantages.

It was created by Satoshi Nakamoto. With the market cap of about $171, 620, 808,535, Bitcoin has once peaked $19, 000. It’s the digital currency that’s most widely accepted. In fact, international firms like Microsoft, Virgin Galactic, Telsa, Shopify, and many online retail markets accept Bitcoin as a form of payment.

Bitcoin Cash is a breakaway from the almighty Bitcoin and is now being recognized as one of the top cryptocurrencies. Created in 2017 by a team of developers that forked the Bitcoin blockchain ledger, its market cap was around $26 billion with the value of around $2,500 as at the end of 2017. With the growth and acceptance rate of Bitcoin Cash, it’s one of the cryptocurrencies of the future. There have been over 16.9 million coins in circulation.

Created by the Blockchain developer Input Output Hong Kong (IOHK) just months ago, it has gained a lot of fame and popularity within a short time. Analyzing in terms of market cap, Cardano has been regarded as the number 6 most traded cryptocurrency in the world. With the market cap of over $12 billion, its price is around $0.40 as at the time of writing this.

Previously known as Darkcoin, this cryptocurrency is one the godsons of Bitcoin. With the market cap of more than $5 billion, the value of 1 dash has passed the mark of $700. It was launched in 2014 and with plenty of prospects as a promising digital currency. There are over 7 million dash coins currently in circulation with the total volume exchange of $196,465,332 as at the last check.

Coming after the grandmaster of cryptocurrencies is the fast-growing Ethereum. With the market cap of about $94, 783, 228,403, it reached as high as over $904 in 2017. Created by a young Russian-Canadian programmer, Vitalik Buterin in 2015, its predicted price is $1800. Though employing the same technology as Bitcoin, there are marked differences in the use of blockchains. Ethereum has got the endorsement of several market giants and world captains of industries.

Litecoin is one of the cryptocurrencies born following the success of Bitcoin. Launched on October 13, 2011, by the former Google employee, Charles Lee, it seemed like a distant rival of Bitcoin that will be crawling perpetually. That was so until May 2017 when Coinbase, one of the most popular cryptocurrency exchanges adopted the use of Litecoin together with Bitcoin and Ethereum. With the market cap of over $15 billion, 1 Litecoin has once been priced at $300.

Formerly known as BitMonero, it was launched in April 2014 as a cryptocurrency the focuses on privacy and decentralization. With the market cap of over $4 billion, its value had risen to $400. Monero is growing rapidly and has a bright future. Though its creator is not yet known, over 15 million Monero are currently being traded in.

Ripple is a pre-mined and centralized cryptocurrency. Debatably though, it’s said to be trailing only Bitcoin and Ethereum in terms of market cap. With the market cap of $30 billion, it has been priced at almost $1. It was created by the trio of Ryan Fugger, a web developer; Chris Larsen, a businessman; and Jed McCaleb, a programmer in 2012. Going by the rate it moved in 2017, the future is bright.

Stellar is also a relatively new cryptocurrency. It’s also decentralized but hybrid blockchain. It was co-created by Jed McCaleb, also of Ripple, the creator of eDonkey and Joyce Kim. With the market cap of $6, 216, 524, 194, 1stellar is worth at least $0.3.

This is another decentralized open-source one among the cryptocurrencies. It also guarantees strong privacy protections. Something quite remarkable about Zcash is this: Though it was launched toward the end of 2016, it has found its way into the list of top cryptocurrencies. With the market cap of about $570 million and a unit price of over $480, the future is looking bright for Zcash. There are more than 3,072,119 coins in supply.

One of the expressions you’d come across here and in the 10 articles is “blockchain.” As I promised earlier, let me try to make it simple for you.

A blockchain is the record of electronic transactions taking place across the internet via many computers and on many networks. That’s why it’s also called a public ledger. These transactions are what produce each coin of the digital currency.

To simplify further: A block is a record of each new transaction involving any data (this time, in a particular cryptocurrency). Once the transaction is completed by all involved, a block has been completed. And each completed block is joined to other blocks that have been completed before it, thereby forming a chain of blocks. This chain is what is called the blockchain.

You’ll also hear that it’s decentralized. This means transactions or the process of transferring of the coins doesn’t depend on a single computer, user, or server. Though transactions may be visible to all using the public ledger, or the blockchain (by means of a public key), the particulars of each transaction is encrypted and known only those directly involved in that transaction due to the use of a private key (the password).

This is how the blockchain technology makes it possible to bypass middlemen in transferring funds.

You’d also hear of the expression “mining.” Let me make it easier. It is the process by which a block is created. It involves the solving of complicated mathematical problems that are getting more difficult as the blockchains grow. As you’ve seen, mining cryptocurrency involves two things. Firstly, it means adding transactions to blockchains in effect creating a block. Secondly, it means creating a new cryptocurrency by means of solving new a mathematical complication.

This requires the running of a special program on a computer by each miner such that they’ll be able to compete with their peers in the process. The process is what actually mining. What miners target is solving a block using cryptographic hash functions. By hashing, the miners use their computers to zero in a numeric value of a fixed length that identifies a data. The miner of that block is any first person to crack it. Each mining gives the miner a reward of 12.5 Bitcoins which makes mining a very lucrative activity.

The cryptocurrency market is still young and developing and can be very unpredictable. It’s wise then to research well each day before you make your final decision about investing in them. The market is very dynamic and is constantly changing in complexion. However, with about 5,000 cryptocurrencies, digital currencies or virtual currencies in the world, the 10 on this list are among the ones you can comfortably invest in if you want to come out profitably.

Going by the current trend, however, we can confidently say that cryptocurrencies are here to stay. They’re being improved each day with advanced features. Though Bitcoin is the pioneer and trendsetter, it can’t hope to continue enjoying the dominance with the current rate of advancement and improvement of all the digital currencies and the recent gains and losses. Imagine the rate at which Ripple and Ethereum have gained values in recent days and how Bitcoin experienced a drop price!

Many of them have continued to increase their market cap beyond records such that you can only guess which one of them owns tomorrow. 2018 is still pregnant with a lot of positive possibilities in the cryptocurrencies market.

Do you want to consider the rate at which businesses and countries are accepting Bitcoin and Ethereum into their economy? These are a conclusive proof that cryptocurrencies are the world’s future medium of exchange.

A Close Account Of The Inevitability Of Tokenized Data- Part 2