What Is The Black Swan Risk In Cryptocurrency Markets

An article on black swan risk in cryptocurrency market. How do you overcome this risk? What are the reasons leading to this risk? 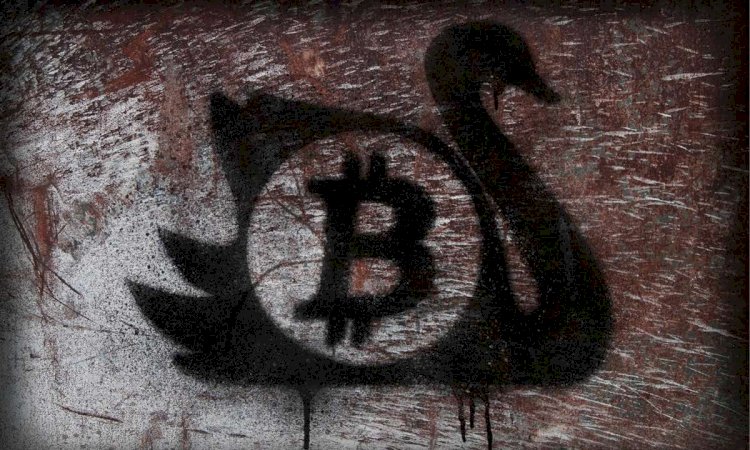 What Is A Black Swan?

It is an extremely rare event coming with severe consequences. Even though not possible to predict beforehand, many claims to be predictable after the fact. These events cause catastrophic damage to the economy as they cannot be predicted and only prepared for building robust systems for the cryptocurrencies. Depending on standard forecasting tools, it can both fail to predict and potentially increase vulnerability to black swans that propagate risk and offering false security.

A historically important event is the last key aspect of a black swan which observers are keen on explaining it after the fact and speculate as to how the cryptocurrency market could have been predicted. This form of retrospective speculation does not help predict black swans. The inability to predicting black swans matters as they can have such severe consequences. Even though inconsequential events regardless of how unpredictable are less interesting.

As discovered by most of the investors, there are a large number of risks associated with investing in cryptocurrencies. But the often discussed one is the black swan risk according to Mathew Hougan, vice president of research and development at Bitwise, a San Francisco based cryptocurrency asset management company.

With black swan risk, it refers to the possibility of occurrence of an unexpected event, the term being first popularized by Nassim Nicholas Taleb, an economist and professor at NYU. He explains further the three attributes namely rarity, extreme impact and retrospective predictability. Within the cryptocurrency industry, a black swan event takes several forms.

Recently Ethereum faced such a situation as Chinese exchanges accounting for more than 90% of trading volumes in ether, and the government’s crackdown on exchanges helped disperse their trading exchanges notably to ones in Japan and South Korea.

There could be a crash in its price due to an exchange glitch or a crackdown on cryptocurrency exchanges by the South Korean government. There is already a precedent for such an occurrence as Cardano’s price crashed by 30% after South Korea’s Justice Minister Park Sang Ki states the government was preparing a bill to ban crypto trading through exchanges.

The Impact On Institutional Markets

As stated by Hougan, the black swan risk comes as a part of large and exogenous regulatory risk already producing results within the ecosystem. As an example, cryptocurrency exchanges adopt self-regulation preventing hacks and ensuring minimum safeguards for customers with governments and regulatory agencies understanding and assessing the impact of cryptocurrencies on financial markets.

Hougan, a veteran of the ETF industry is interested only in the impact of cryptocurrencies on institutional markets. With many firms already filing applications with the SEC to start Bitcoin ETFs, the agency pushes back expressing concern. Hougan implies the agency’s concerns resonated with him.

Bitcoin ETFs based on futures, contracts could crash cryptocurrency prices according to him. As an example, he refers to inverse volatility ETFs recording their steepest drop recently. Together with this came a domino effect on stock markets.

Given the low liquidity and trading volumes, the possibility of a similar occurrence in crypto markets is high. Bitcoin ETFs and ETNs on gaining sufficient traction and liquidity could overwhelm spot markets says Hougan.

The absence of physical custody of coins is another problem with Bitcoin ETFs. To counter it several exchanges have attacked it and begun offering custody services at premium prices to institutional clients. As Hougan says, “the ETF comes as a beautiful vehicle with investors well served by it but the SEC takes a sound and steady approach.”

He says,” the level of understanding starts outside of the cryptocurrency community, “ adding that it is important for investors institutional or otherwise broadening the understanding beyond Bitcoin.

The cryptocurrency space needs significant academic style research according to him. He implies that launching crypto ETFs is not possible or everyone while anyone can launch equity ETFs making the major difference between the two. Institutional investors are still grappling with the positioning for cryptocurrencies in a long term portfolio.

What Is Inside The Pay-For-Post ICO Industry? - Part 1