What Is The Hype All About Casper, The Latest Ethereum Upgrade?

This discussion is on Casper the latest upgrade to Ethereum. Developers around the world are tuning into the Casper upgrade. Also, Ethereum is witnessing a hard cap. 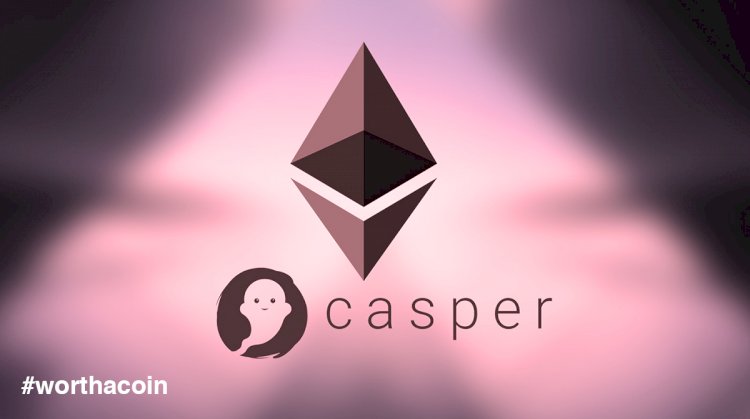 Where Is Ethereum Positioned?

One of the most important and prominent digital currency is Ethereum although it has yet to topple Bitcoin to claim No. 1 spot amongst the digital currency according to Market cap, it is arguably a larger impact on the space overall thanks to the ICOs, most of which run on ether. Ethereum in a similar way is at the vanguard of development as its constant updates are those attempts improving the underlying ecosystem. The Casper protocol is one of the recent and has been the topic of conversation by many Ethereum community members in recent months.

Tending to be governed by either proof of work or PoS consensus mechanism, are these cryptocurrencies. While Casper falls into the latter category, this Casper protocol as described by BlockGeeks, validators are sure to set aside a portion of the ether as a stake. They then place a bet on the block in the ether when discovered blocks which they believe should be validated. Validators are subsequently rewarded based on the size of their bets where if and when the block becomes appended to the chain. In this protocol, there are mechanisms in place to ensure that validators cannot game the system and for this reason, it is designed to operate in a trustless system while acting in a malicious way that is punished by having their stakes removed.

Supporters believe that it is this aspect of the Casper protocol that will set it apart. Some systems previously allow malicious actors with nothing to lose entering into the validation process. There is a little disincentive in this way to behave poorly in the process. There is also punishment for bad actors in Casper, whereas a result validators must be cautious about their node uptime.

It's All In a Name

At this point, there are at least two different Ethereum development projects going by the name of Casper adding confusion to the process where the first is Casper FFG a protocol developed by Vitalik Buterin ethereum’s co-founder. Going to be implemented first Casper FFG is designed as a hybrid of the PoW and the PoS mechanisms. Secondly comes the Casper CBC protocol making use of what is known as a correct-by-construction protocol.

Along with both of these developers of Ethereum hope that Casper is sure to maximize energy efficiency further supporting decentralization allowing scalability as well as enhance economic security.

Why Is Ethereum Co-founder Proposing a Hard Cap?

Playing a Meta joke on the crypto currency’s community Ethereum co-founder Vitalik Buterin proposed a hard cap of 120 million on the number of coins issued for ether, as it turns out the meta-joke wasn’t a joke, but Buterin was suggesting that community should consider the pros and cons of his Ethereum Improvement Protocol (EIP). In case it is too late to impose the 120 million limit, he has also proposed a revised issuance number of 144 million.

In the current circumstance, Ethereum currently doesn’t have an issuance limit or a defined monetary policy for ether as per the initial pre-sale ether capped the limit to 18 million per year following the same principles as Bitcoin in that it rewards and distribution are regulated every year.

While this is true, the looming Casper update involves the shift from Proof of Work to Proof Of Stake triggering introspection about governance and issuance limits for Ethereum.

Arguments For A Fixed Supply

For establishing a hard cap to Ethereum, there are two main arguments where the first one is centralization. Here the proof of work algorithm is currently used by Ethereum ending up consolidating mining operations for cryptocurrency among select outfits. Already witnessing a similar situation, Bitcoin solves problems earning ether requiring expensive systems with powerful CPU s that may be out of reach for average miners. It is that by moving to PoS, Ethereum has established a fixed supply whereby helping prevent such a situation calibrating the issuance at a variable rate and thereby prevent the concentration of mining revenue along with powerful machines.

Closely related to the first one is the second factor of inflation that results in introducing supply to ether’s issuance limit boosting the inflation rate. This is certain to make ether a lucrative source of revenue for miners. There are also other governance proposals made recently similar to charging rent for user data on the ethereum’s blockchain further diversifying sources of revenue where investors place hard cap on the limit bumping up the price and translating to significant gains for ether in crypto markets.

The Final Words Before Signing Off

In a counter essay, Buterin pointed out against the development of inflationary tokens as the practice encourages holding of coins as opposed to their being used in daily transactions. Having applications across multiple industries and in daily use, Ethereum has positioned itself as a smart contract platform.

As The Decade-Old Bitcoins Are Waking Up, 20 More Of The Block Rewards...

The Discussion On How Bitcoin Can Change The World – Part 3