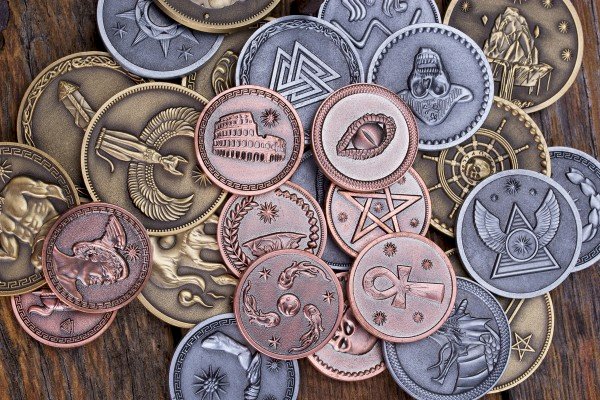 Becoming increasingly popular over the last few years is crowdfunding with the market being somewhat saturated. In this case, one of the most prevalent problems of crowdfunding is that in case there is no need or want for the reward offered in exchange for the donation, it isn’t much incentive to support a project. We can reinvent cryptocurrency as we know it and by doing so the problem can be changed.

The question arising here is why cryptocurrencies are valuable. As it was the first and by far the largest, Bitcoin received the majority of monetary and media attention with one harmoniously building the other. The second most popular coin being Litecoin has the value that is not clear. Compared to Bitcoin the technical changes are slight unless you value a large monetary base with faster confirmation times providing illusory benefit and there is nothing much you can do with Litecoin which you cannot do with at far more places or with far more people than Bitcoin.

In the present context, the only reason to buy Litecoin is that there is an expectation that value increases over time due to more people buying them speculating the same thing. As there is a lack of good reason or a first mover and earned press advantage, it is sure that you’re relying on the greater fool theory of investing which is a recipe for long-term disappointment. About Litecoin or any standard alt-coin, the great hope is that finding its way to an exchange that is benefiting from easier trading than in forums or chat rooms where they find it hard to build trust.

Whereas goods and services are valuable in monetary terms, but they are not in a monetary sense. While they fix issuance of custom cryptocurrency to good or service, the company is ready to accept it at a fixed or floating rate with a single individual or group only capable of local distribution supporting a globally tradable cryptocurrency as the story is compelling enough or private issuance is small enough.

Why mint alt-coins while just create them and selling to the market is the question to be asked in this scenario. Due to the excitement of the gold rush, the people mining the first of the currency will be the distribution channels having a huge incentive as to sell them for as much as possible and easy to mine at the beginning which is an elegant way it sucks in those who become the biggest advocate having the most to gain from mass adoption.

This leads to dishonesty in case of greater fool investing as genuinely useful things are fierce and unapologetic advocacy and education. With a predictable rate, in a deflationary currency, everyone gains as there is incentive telling everyone you know and get them involved. The more valuable each one is as the more of us are in. it is a fact that unlike most of the currency, it is sure to be known that you want to issue new alt-coins faster which is around two months with difficulty scaling based on the number participating .being issued, there is a need for a period where they come tradable but not redeemable as the future value can be speculated on. Going forward, after a short time, they become redeemable at a fixed high rate that drops over time.

To understand it, this means even in a currency with entire money supply being in circulation, there is a long-term controlled deflationary trend that keeps lowering the exchange rate at predictable intervals allowing people to buy or sell in advance of change based on their situation. It is a marketing decision where for the mining you pay the price of not being the first seller of currency instead of regulating yourself to 50 percent allowing those doing the work runs away with wild profits as the ones who get to tell everyone how great it was doing it.

You can use the coins which the miners bring to real value from minute one to purchase particular services. As a cryptocurrency, it is tradable for Bitcoin exchanges where the network initially starts because computational power is cheap and early adopters more inclined to devote CPU mining cycles than they are to dollars on a service they might not even want.

In case the company only accepts dollars, it is the reason enough for customers to care about the company once the needs have been met a proprietary cryptocurrency is simply holding some of the value on the coin meaning they profit from the growth of the business and future price increase the cryptocurrency value.

The rules-based nature is one of the most appealing things about cryptocurrencies like Bitcoin with rules set out in advance applying to everyone evenly as the protocol cannot simply accept anything outside the rules to deny anything within the rules.

When it is necessary, this can be done on a schedule causing slow steady deflation in the currency over time as the token becomes more valuable as fewer tokens are required to pay for the service still costing the same amount of US dollars.

The coins don’t need to be destroyed as once the customer spends coins with the company, it receives them and they should be sold back into the market. As an exceptional early use case for the sort of proprietary token service is SaaS where unlike most businesses, the cost is primarily frontloaded with only maintenance and R&D as primary costs after the initial launch.

The per-user cost of providing premium features on SaaS because this is a rounding error rather than a relevant factor determining the sale price. The company must sell them back into the market taking profits in Bitcoin or another currency of choice.

The Final Thoughts On Cryptocurrency

When you wish to stop trading with them that should be at least five years in projected duration, the final tune in period must be either done surreptitiously receiving stock that is simply not sold back onto the market where it can be announced that it might lead to a rush against the price. Built on upcoming Metacoin platforms like Counterparty, these tokens are made callable at a contractually specified price on a contractually specified day. Experiments and mistakes can be unwound where every cryptocurrency used to live on forever once it was created. Thereby once the market is mostly cleared of the legacy coin, it is that the new one is launched and the cycle is started over again.

Zamna Gets A Funding Of $5M To Automate Airport Security Checks.