There Is More To ANIME Than You Imagine 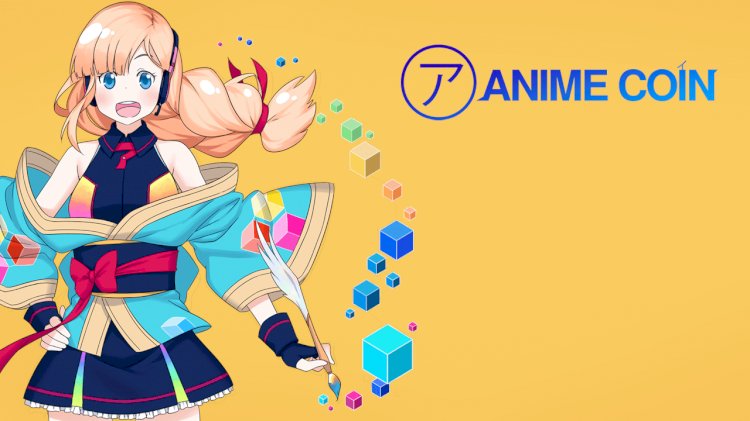 There Is More To ANIME Than You Imagine

The AnimeCoin called ANIME is counted as the fairest, transparent, secure, decentralized and honest master coin on the crypto market by its founders whereas it is also dubbed as the weirdest cryptocurrency yet.

This article takes a quick look into the procedure, how it works, and what it attempts to bank on.

Artworks have been used as an alternative investment avenue for centuries, as the return on investment on art correlates with the stock and bond markets thereby making it suitable as an alternative investment medium. Owing to its rarity and desirability, the potential to appreciate over time is the secret behind this investment .there are however challenges that investing in art comes up with including verifying the authenticity, copyright, rightful ownership as well as true valuation.

Attempting to apply blockchain technology to address these issues, AnimeCoin caters to the transactional needs of digital artwork. Meaning a style of computer-generated or hand-drawn animation, the word Anime is of Japanese origin. The reach of AnimeCoin extends over the platform enabling participants to distribute, sign, store and exchange anime-related digital items on the blockchain.

Emerging as a fork of ANI, the cryptocurrency network, it nimbly trades on cryptocurrency exchanges like Cryptopia and Yobit the ANIME has evolved into a new AnimeCoin after the hard fork with the symbol ANIME commencing trading and used in transactions on the newly split blockchain. The new ANIME Coins are available to the existing ANI coin owners automatically.

AnimeCoins are available in various modes like purchased on the Cryptopia cryptocurrency exchange, through mining or by running a master node on the AnimeCoin network.

How Does Blockchain Help in Art Deals?

Using the AnimeCoin blockchain as a medium to create and sell digital art, art creators can use it without worrying about the complexities involved in real-world artwork sales like safe storage, transport to galleries, intermediary commissions and pitching to numerous promoters.

Offering the necessary mechanism to maintain details of genuine ownership, authenticity, and copyright for artwork is the underlying blockchain technology. AnimeCoin network participant as the creator can issue digital assets in the form of a named image on the AnimeCoin blockchain paying a fee in AnimeCoin crypto tokens. Based on the size of the image file, there is a registration fee, and they are then stored on trustless and decentralized blockchain where users also specify the number of copies they wanted to store.

Working in the background ensuring the accepted images are indeed unique is the standard image similarity algorithm as it works comparing the digital parameters linked to the image. It then uses a high amount of computational resources available with master nodes of the AnimeCoin network .the blockchain network’s master node verify the images for their validity and authenticity before they are accepted into the exchange system.

Using AnimeCoin tokens the buyer of the digital artwork can purchase it. Where the potential buyers are allowed a preview with a low-resolution image, on the network gallery, it can only access original high-resolution images following a genuine purchase moving the original from the common gallery to the buyers AnimeCoin wallet.

Why Would Someone Trade Digital Artwork?

As piracy has become a global nuisance, in the present world, this is a million-dollar question as AnimeCoin proponents provide a comparison with rare artifacts similar to the first published Spiderman comics. The original copy still holds a high value of over $ 100,000 even though several paper copies and digital PDFs are available. Banking on this authenticity is the blockchain-based AnimeCoin platform offering the maximum value to rightful owners.

Allowing a creator to cash in on uniqueness and rarity in a short time the AnimeCoin network additionally works without waiting for creation to age and achieve the status of a masterpiece. As it can be sold to the global audience, the unique masterpiece created can be instantly purchased.

The AnimeCoin founders have been criticized on the account of basing their launch on thinly traded 4-year old ANI crypto coin, where they justify the decision with synergy in the original concept of ANI supported digital artwork. As the ANIME coin network attempts, it is improving on the scalability issue where the improved transaction processing speed is used to make the new network even more robust. It is all a matter of time as it will tell how successful the attempt is. There is a lot to watch for as the coins compete for credibility with one another. Most of the innovations are carried out amongst these crypto coins.

Highlighting The Most Crowded Trades To Be 'Long Tech, Short USD, Long...

Why Is It That Binance Coin Is Gaining 17% On Bitcoin In July But Can...