With Fears Of Another Chain Split, Comes The Bitcoin Cash Difficulty Algorithm Debate

The discussion is on Bitcoin Cash fork. What do experts say about it? Read more and understand 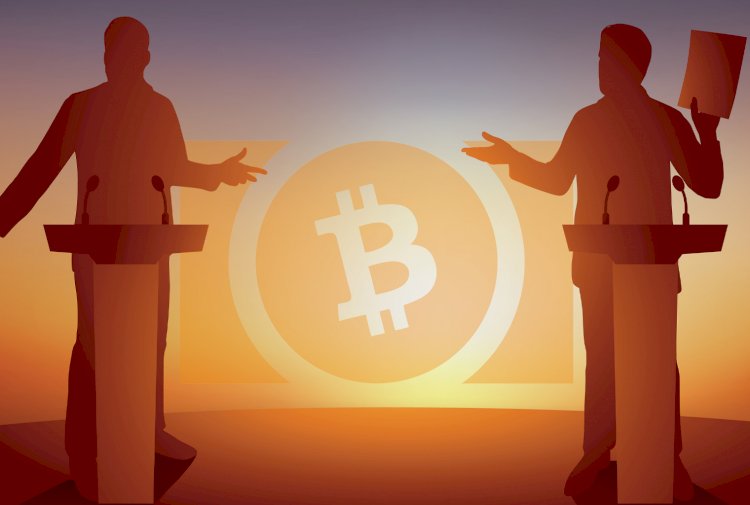 What Is The Difficulty Algorithm Adjustment?

Crypto proponents have been witnessing a new quarrel rise after last year’s contentious Infrastructure Funding Proposal with a touch more than three months left until the next Bitcoin Cash upgrade. The tensions derive from the Difficulty Algorithm Adjustment discussion as it is a conversation about replacing the network’s current DAA.

This coming November, several users are concerned about another chain split as every six months, the BCH community plans for an upgrade. At present, there is a lot of infighting within the community and among the BCH developers as well, and the story allegedly derives for the DAA discussion whereas there has been some tension ever since it is observed the final quarrel which is over the IFP.

To adjust the mining difficulty parameter after every block, in November 2017, the DAA was changed on the BCH chain. In order to calculate difficulty, it leverages a moving window of the last 144 blocks.

The Opinion And War Between BCH Developers

People have been complaining about the DAA during the last year and a half as they believe it can be gamed. Just recently the conversation has become more contentious as in the last year, the DAA subject has often come up. Software developer Jonathan Toomim introduced a DAA concept recently called Aserti3-2d as the specification is available on Gitlab. The code is hosted on the Bitcoin Cash upgrade specifications page by the BCHN full node team.

Bitcoin ABC developer Amaury Sechet announced the DAA called Grasberg via the Bitcoin ABC blog website on July 23, 2020. Toomim following the release published an article on the read.cash blog arguing against Grasberg. About how the development teams have been squabbling in various online discussions, the engineer had also described it. Terming Grasberg as a big step on the path to corruption and that it was not properly simulated as asserted by Toomim.

Later on, the Bitcoin Cash developers met for a DAA meeting as the BCHD developer Chris Pacia had tweeted on August 3 that the meeting did not go so well as expected. After the meeting, Pacia tweeted, Bitcoin cash developer meeting blew up with multiple people walking out. Ethereum’s Vitalik Buterin following Pacia’s statement discussed the subject at length with BCH supporters from both sides of the argument.

Furthermore, Buterin tweeted that he doesn’t understand BCH people are thereby caring so much about difficulty adjustment minutiae saying just use Ethereum’s whereas honestly, your algo is fine as is. To be honest, being optimistic that the BCH development improves once they got Craig out definitely looking like one of the worst predictions as the Ethereum developer added.

Littered all over the Reddit forum r/btc, are discussions about quarrels between developers working on the Bitcoin ABC implementation and the BCHN full node project. There are even more discussions on the read.cash blog additionally as also BCH fans are discussing the issue on Twitter. Pitting the BCHN developers against the ABC developers most of the arguments come alongside the pros and cons of both Jonathan Toomim’s Asert DAA and the Grasberg DAA.

A consortium of node implementations, infrastructure providers, services, engineers, and stakeholders on August 5, 2020, published the post on the read.cash blog explaining that several actors deploy the aserti3-2d difficulty adjustment algorithm. the consortium further notes that they will deploy the aserti3-2d difficulty adjustment algorithm on the Bitcoin Cash by November 15th, 2020, as designed by Mark Lundeberg and implemented by Jonathan Toomim along with many other accredited contributors of the ecosystem.

Here the announcement follows that the Aserti3-2d comes to be simple to implement, well-tested, as well as extensively simulated, whereby incentivising consistent mining achieving stability for transaction confirmations with low-variance 10-minute block targets and is resistant to the future drift.

Finally, What Can We Do About The Fork

Many BCH supporters don’t want to see a split whereas others believe that the split comes inevitably. Discussing the situation on Twitter, Bitcoin.com’s CEO Dennis Jarvis said that the situation came to be sad to hear.

Jarvis further commented that he hopes everyone comes back together working on the future roadmap as there come good outcomes from forking/s[splitting for anyone believing in the long term value as well as the usefulness of Bitcoin Cash. Emil Oldenburg, the CTO of Bitcoin.com gave his opinion on Twitter, saying a chain split is sure to be terrible for BCH and that they want BCH to win by being the easiest most used and most convenient payment option while not winning the crypto Darwin awards.

If the signatories mentioned above choose to go with the aserti3-2d DAA it is uncertain what will happen come November when the upgrade is planned and in case ABC chooses to roll with Grasberg. In ten days, it is expected that moreover, a code freeze is going to take place on August 15 as it usually happens before the official upgrade.

By leveraging the ticker “BCC”, Viabtc’s founder Yang Haipo’s Weibo account allegedly said that they were initiating a fork by Coinex and Viabtc. Amaury Sechet Bitcoin ABC developer on August 5, 2020, tweeted the following about Yang Haipo’s statements as

Hereby it has announced a fork of Bitcoin Cash under the ticker BCC by Viabtc, where it is observed to be unfortunate whereas an amazing opportunity for those being unhappy with the things going around as some still want to start a war where those who want freedom must not let them be.

In A Bull Case For Bitcoin There Is $250 Trillion In Assets Looking For...