A Write-Up On How Bitcoin Mining Works- Part 2

Bitcoin mining is a complicated process. Continuing from where we had stopped the discussion in the previous post, there are many more reasons to discuss the process. This helps you gain an insight into the Bitcoin mining process. 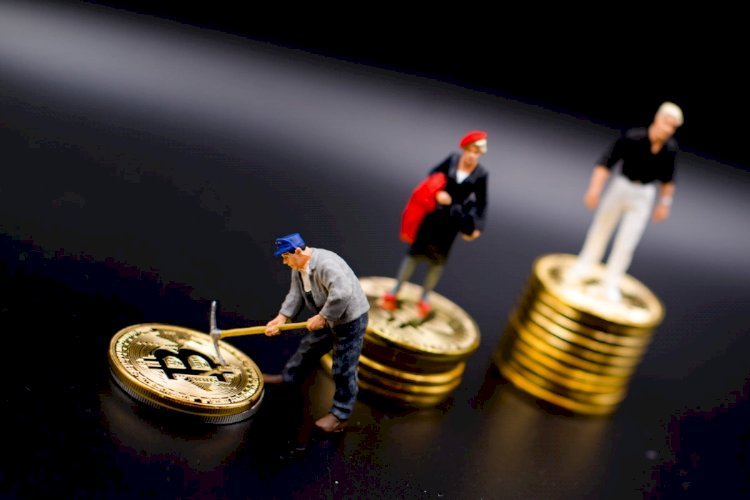 The earlier post is continued with more information on Bitcoin mining.

The truth about Bitcoin mining is that in addition to lining the pockets of miners and supporting the Bitcoin ecosystem serves another vital purpose as that of the only way to release new cryptocurrency into circulation. Miners, in other words, are basically minting currency. As of Nov 2019, around 18million Bitcoin is in circulation whereas aside from the coins minted via genesis block, which is the very first block created by founder Satoshi Nakamoto, every one of those Bitcoin came into being courtesy to miners. Whereas the Bitcoin as a network in the absence of miners would still exist and be useable where it would never be any additional Bitcoin. Eventually, the time has come when Bitcoin mining ends as per the Bitcoin protocol with the total number of Bitcoin capped to be 21million. As the rate of Bitcoin mined is reduced over time, however, the last Bitcoin won’t be circulated until around the year 2140.

Being a coin miner aside from the short term Bitcoin payoff, it can give you voting power when changes are proposed in the Bitcoin network protocol with successful miners influencing the decision making process on matters such as forking.

How Much a Miner Earns

Every four years or so, the rewards of Bitcoin mining are halved. It

Consulting the Bitcoin Clock, helps you keep track of precisely when these halving will occur as updates on the information in real-time is available where interestingly market price of Bitcoin has throughout its history tended to correspond closely to the marginal cost of mining a Bitcoin.

Equipment Needed to Mine

In the history of Bitcoin mining, individuals have been able to compete for blocks with the help of a regular at-home computer, this no longer the situation and the reason is the difficulty of mining Bitcoin changes over time. To ensure the smooth functioning of blockchain and the ability to process and verify the transaction, the Bitcoin network aims to have on block produced every 10minutes or so.

In case one million mining rigs are competing to solve the hash problem, however, they’ll likely reach a solution faster than a scenario in which 10 mining rigs are working on the same problem. This brings Bitcoin designed to evaluate and adjust the difficulty of mining every 2016 blocks roughly every two weeks. With more computing power collectively working to mine for Bitcoin, the difficulty level of mining increases to keep block production at a stable rate. The lesser the computing power means the difficulty level decreases.

To mine competitively the miners are sure to invest in powerful computer equipment like a GPU or for the more realistically an application-specific integrated circuit. Running from $500 to tens of thousands there are miners particularly Ethereum miners buy individual graphics cards as a

a low-cost way to cobble together mining operations .while it is still not the most efficient way to mine as you can guess many miners are in it as much for the fun and challenge as for money.

As it is difficult to understand the ins and outs of Bitcoin mining consider the example for how the hash problem works where I tell three friends about thinking a number between 1 and 100 as I write the number on a piece of paper sealing it in an envelope.it is not necessary to guess the exact number as they have to be the first person to guess any number less than or equal to the number I am thinking of. There is no limit to the guesses they get.

In this example, friend A guesses 21 and loses because of 21>19. When friend B guesses 16 and friend C guesses 12, both are theoretically arriving at viable answers as 16<19, and 12<19. Whereas there is no extra credit for B, as the answer was closer to the target answer of 19. In this situation consider that I pose the guess what number I’m thinking of a question that as I’m not asking the three friends And I’m not thinking of a number between 1 and 100. Whereas I’m by now asking millions of would-be miners and thinking of a 64-digit hexadecimal number. This makes guessing the right answer extremely hard. The ELI5 analogy breaks down as both B and C answer simultaneously

Simultaneous answers occur frequently in Bitcoin terms but at the end of the day, there is just one winning answer. The Bitcoin network will decide by a simple majority of 51% when multiple simultaneous answers are presented equal to or less than the target number according to which miner to honor.

The one that verifies the most transactions is typically the miner who has done the most work as losing block becomes an orphan block that is not added to the blockchain where miners successfully solve the hash problem but who haven’t verified most transactions are not rewarded with Bitcoin.

How Is Nodle Crowdsourcing The IoT Connectivity?

The Ultimatum As To What Government Regulation Means For Privacy-Focused...

Is The Bitcoin Poised To Bring Down The House Of Medici?