What is the hype around Tesla adding bitcoin to their balance sheet? Know the details here. Are the industry giants following suit? 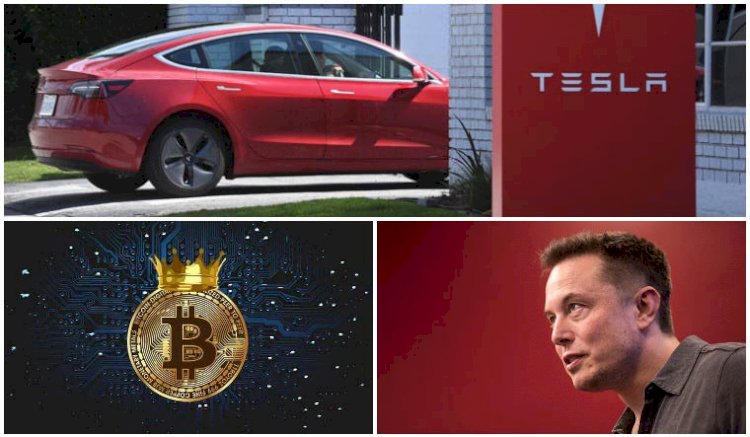 After the community discovered that Elon Musk’s firm Tesla added $1.5 billion worth of bitcoin to the company’s balance sheet, the price of bitcoin touched a new all-time high on Monday. Bitcoin is meandering over the $43k handle and has an overall market capitalisation of around $814 billion today, at press time.

After the news about Tesla’s bitcoin made headlines and went viral on social media, bitcoin shot up by thousands of dollars on Monday. The price has retreated some since the top as the price per BTC hit a whopping $44,899 per unit. With $27.9 billion in global trade volume currently, bitcoin is exchanging hands for $43,107 per unit. During the last month, BTC has risen over 9% as also during the last seven days, BTC has risen over 30%. For the last 12 months, the 90-day stats show bitcoin is up 186% and 332% against the US dollar.

Adding to it was McCourt saying, whether they are looking to hedge ether positions in the spot market or gain exposure to this cryptocurrency on a regulated derivatives marketplace, the addition of Ether along with their liquid Bitcoin futures and options will create new opportunities for a broad array of clients.

After the announcement on Monday, a number of analysts said that they were also not surprised to hear that Elon Musk’s Tesla was getting into bitcoin. Expecting even more big names to join the crypto space is David Mercer, CEO of LMAX Group.

On Monday the LMAX executive said, they expect 2021 will be a year that many other big names make the official crossover into space as they are not surprised to see the headlines around Tesla’s move into bitcoin. With bitcoin finally maturing into an asset capable of satisfying the needs of institutional participants as bitcoin’s resiliency in 2020 had already set the stage for this next major rotation.

To this David Mercer added, as a recognised store of value for institutions globally Tesla is one of the most newsworthy and forward-thinking corporates of their times which helps to bolster the growing reputation of Bitcoin. In the rest of 2021 and beyond they expect the trickle of institutional investment thus far to become an overwhelming flood.

How Are Experts Viewing Tesla?

Speaking about Tesla joining all the companies with bitcoin on corporate balance sheets was John Wu, President of Ava Labs. It could be a watershed moment that establishes some allocation of digital assets as a cornerstone of a healthy, diversified treasury as Tesla’s purchase of $1.5 B of bitcoin not only continues the momentum of public companies purchasing crypto as Wu thereby stressed.

Wu then added, businesses should follow these early adopters establishing in-roads to the payment rails and financial infrastructure of the future regardless of the industry. Where enterprises can find more use cases beyond digital gold, that starts with bitcoin, and will steadily expand to projects that are just outside the frame focused on the programmable smart asset side of the ecosystem.

Most of the experts now start pondering about joining the elite club that has provided the industry with bitcoin investments. So why not join the bandwagon? Here is the simple question popping up in the minds of most industry giants. You can find the answer here. It is just that bitcoin comes with robust blockchain technology.

Finally, We Wind Up The Discussion Here

The stage is set and there is more to be followed. So, keep in touch and we are sure to bring you more information on how to deal with bitcoin investment in your balance sheets. Stay tuned and following Tesla, there are more companies coming to the forefront of the investment vehicle. We are keeping our fingers crossed as it takes a toll on the investment mode of the current digital age.

Here’s How You Talk About Cryptocurrency To Your Family

The Latest On News From Crypto world: As Local Fiat Currencies Plunge,...