How did the Venezuelan crytpocurrency fail miserably? Get to know the economic instability and the subsequent failure of Petro. All about the governmental policies that led to the failure of the cryptocurrency. 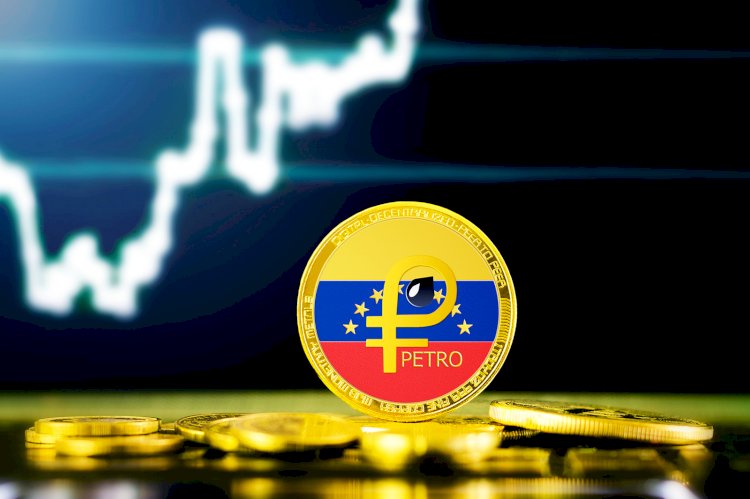 Photo: Shutterstock,An image of a gold petro coin with the flag of Venezuela. Latin America represents a breakthrough region for the cryptocurrency and blockchain industry.

A Look Into The Economic Stability Of Venezuela

Venezuela is a special case amongst countries with troubled economies. A big thanks to its oil reserves, this South American nation is amongst the richest in the region. But as bad policies affect any economy, they also resulted in the economy spiraling into a vortex of hyperinflation, poverty, and widespread unemployment making matters worse as US sanctions have further fueled the economic crisis.

As Venezuela unveiled a national cryptocurrency earlier this year, the petro, to help circumvent those sanctions. The idea behind it was to enable transactions in currencies other than the US dollar. Announcing the petro’s launch, the country’s president in a televised address Nicolas Maduro portrayed as an underdog engaged in a fight with a superpower. He proclaimed, ‘ today a cryptocurrency is born that can take on superman’.

On the one hand, the Reuters report claiming the currency is yet to take off and much less compete with American Superman. As the coin was investigated and found little evidence of being used in mainstream society. There’s ample reason to believe that petro and the underlying blockchain is still under development.

Why Venezuela’s Cryptocurrency Is Failing

On its release, the petro’s whitepaper made great claims but fell short on specifics.’ For Venezuela’s economic stability and financial independence, the petro will be an instrument coupled with an ambitious and global vision or creation of a freer, more balanced and fairer international financial system,’ according to the paper’s authors. As planned to be used as a medium for daily transactions, like fiat currency and as an investment vehicle and as a digital platform representing real-world assets such as real estate.

No users for the cryptocurrency for daily transactions were found by the Reuters journalists. Two people who bought it after its release, out of which one said he was scammed into purchasing it and the other did not disclose the name and revealed few details about the motivations behind buying cryptocurrency apart from expressing concern about persecution by the US government.

According to news reports Venezuela had plans to back a cryptocurrency with its oil reserves. This link was not mentioned by the whitepaper. Journalists visited the proposed region for drilling and found little evidence of oilfield activity. Based on pictures accompanying the article, it seemed that the region is barren and poor. Also, conversations with resident villagers did not yield much information or optimism about the prospects of oil discovery.

When Petro Was Under Scrutiny

Under scrutiny comes the government’s claims of raising capital through the sale of cryptocurrency tokens. According to the president Maduro, cryptocurrency’s tokens already raised $735 million in a presale round later estimates put the token sale amount at $3.3 billion.

As Reuters took to the NEM blockchain used for the initial round the addresses and the petro holding amounts the token sale publication calculates to 13 million Petros netting approximately $850 million for the authorities whereas there is a warning to this calculation. ’there comes no way to verify that the sales and no large investors have admitted taking a position in the petro, the report states.

Experts find two problems with Maduro’s approach. The first, petro doesn’t have any value as it is not traded on any exchange according to Reuters investigation. Bitfinex, the world’s largest cryptocurrency exchanges quote an official telling Reuters that petro had limited utility. Secondly, the petro as it was conceptualized may not exist at all. As the Reuters report quotes, Hugbel Roa is held responsible for the Venezuelan blockchain observatory saying that people made reservations for the petro but no coins have been released yet.

Upon the launch, petro was considered as a way out of the US economic sanctions on Venezuela, whereas subsequent developments revealed that cryptocurrency is still to gain mainstream and international traction.

The situation in Venezuela is not at all different. The leadership under Maduro has destroyed the economy even if the country enjoys larger oil reserves than Saudi Arabia. Hospitals have run out of medicine, children are starving and the currency has been inflated into oblivion whereas the president who is deemed to have survived his predecessor’s purges through non-threatening incompetence, spends time on the misleadingly named Salsa Hour radio show, that is much longer than an hour.

Why is the Bitcoin Price and Cryptocurrency Markets Shedding Gains?

What Is The Bootstrapper’s Guide To Bitcoin Remittances – Part 2

Why Is It That Crypto Means Cryptotheology? – Part 2