How Will Blockchain Revolutionize The Cars In Near Future? - Blockchain Technology, News & Cryptocurrency Informations

Automotive industry all set for blockchain revolution. What does the future hold for the cars and self driven cars especially? Learn more on it. 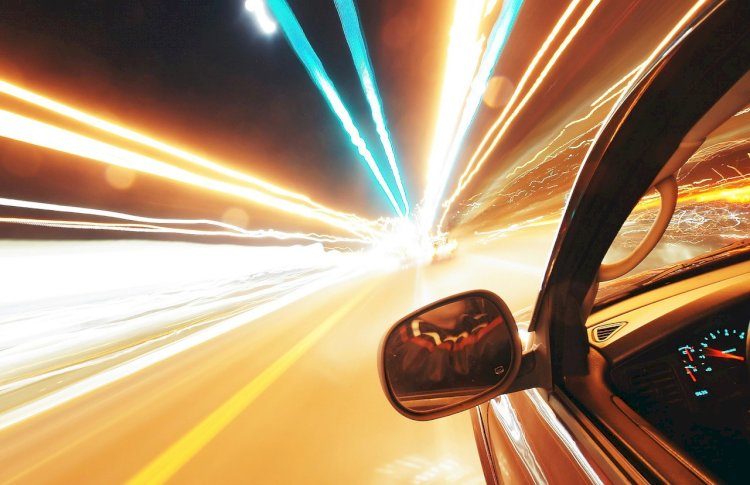 What Is The Current Situation In The Automotive Industry?

The scenario of the future cars has moved from our imagination into the real world, with high profile successes and failures creating a polarized discussion surrounding the industry’s outlook with no conclusions emerging.

Automakers are continuously contemplating the direction of the industry where there are still too many unanswered questions. Firstly while the companies continue to focus exclusively on the cars and forget the ecosystem they drive-in, the emergence of blockchain as a viable way to store and communicate data seamlessly are promising additions to the equation.

Creating environments that foster two-way communication between cars and supporting infrastructure is the key ingredient in successful autonomous vehicle deployment. Blockchain technology delivers a significant upgrade revolutionizing the future of driving while the internet of things and smart cities take this in a positive direction.

The fact the cars are still not connected enough to the surrounding environment is one of the biggest barriers to autonomous cars entering the mainstream. These cars while perceiving millions of data points per second, must view them in isolation and without context.

To improve their performance, using IoT devices improves the functionality significantly as they can collect and communicate crucial contextual data to cars. All this information includes road conditions, traffic accidents, and other cars on the road affecting a vehicle’s ability to drive.

Bound by limitations of the current technology that imposes on them, these IoT deices make centralization possible which in turn makes data vulnerable with the inability to communicate data rapidly between points reducing the usefulness in real-time situations, whereas blockchain technology significantly enhances the status quo.

The ability to spread data more efficiently and rapidly is an advantageous benefit of blockchain that is brought to the table, as driverless cars constantly aware of a few key factors like the conditions on the road, their own condition and the status of the cars. Making this process complex is the traditional IoT that places on the communication protocols.

The decentralized ledger in blockchain means each node in the network, in this case, each car and data point to access all data simultaneously and more accurately while companies like Oaken are working on integrating better vehicle tracking and communication improving overall connectivity. The first step towards building a safe driverless ecosystem is creating a decentralized network that more seamlessly transfers data to all points.

Putting Microservices on the Blockchain

Considering another increasingly popular use case for blockchain technology in driverless cars is improving transactions occurring repeatedly between vehicles and the infrastructure around them. While this fact doesn’t seem to be significant it is sure to reduce friction at several points, advance communication and reduce traffic bottlenecks.

Vehicle-to- vehicle microtransactions are an important area likely to be employed related to it. These cars use tokens such as Streamr’s data coin paying for data required from other cars. Weather forecasts, gas prices nearby, congestion data and more are included in this transaction. As it is possible that the vehicles can simply earn tokens by sharing the data or choosing to sell it to advertisers or manufacturers, this is the strategy that blockchain creates with a V2V closed ecosystem incentivizing and rewarding their participation simultaneously.

Blockchain offers cars a significantly streamlined payment ecosystem, in terms of vehicle-to-infrastructure designed to simplify many aspects of driving instead of manually paying for multiple things like car maintenance, tolls, insurance, and more where blockchain enables automated payments thanks to smart contracts.

Usage-based insurance is a shining example of an attribute smart contracts could improve instead of paying yearly insurance premiums that can vary thanks to murky factors, that drivers automate their insurance to be paid based on usage.

The application of blockchain-based microservices for vehicle-related to ride sharing is one other interesting application. as with other sectors, this sector is being currently controlled by ride-hailing applications like those of Uber and Lyft, where there is an increasing competition emerging slowly but steadily from popular ride-sharing services like Google’s ride with instead of emphasizing carpooling over taxis.

While there is competition, making some headway is the Toyota Research Institute which in terms of studying and planning to integrate the automotive sector with blockchain. As it progresses from currently working with several startups, the TRI is creating those systems which improve ride-sharing via blockchain that is possibly even including car sharing for the seats and empty trunk space.

A Final Look Into Changing How We Drive

While the automotive sector offers an immense potential, blockchain technology has been flexing the disruptive muscles in several industries. along with changing smaller aspects of the driving experience, and also improving the security of drivers on the road, this is where the technology is sure to prove a revolutionary catalyst and go for a more autonomous experience. Consumers will soon bear witness to the transportation transformation spurred by DLT as more automakers and infrastructure businesses discover new ways to integrate blockchain.