Is Jesus Coin Foretelling the End of Cryptocurrencies?

What Do We Know About JesusCoin? 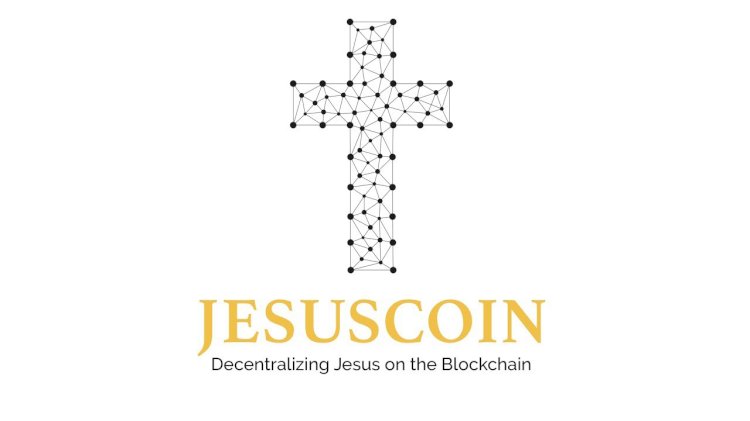 The rush of new cryptocurrencies has witnessed a huge craze before it is taken to an extreme in only a matter of time. Even harder to predict is that the extreme is also involving some light blasphemy. As reported by Forbes, the new currency called Jesus Coin eventually launched drawing substantial amounts of investor interest and attention. The currency in itself seems to be launched as a hoax or as a joke as along with the success of the crypto as off-the-wall as Jesus coin comes as the latest and surest sign where the industry comes as massive bubble still waiting to burst.

The Basics of Jesus Coin

The launch of Jesus Coin according to Forbes is initially intended as a satire by a group of friends which eventually after the ICO of the coin, investors became legitimately interested in buying up tokens. Suggested by the home page of the coin, Jesus coin is developed as the currency of God’s Son. The cryptocurrency Jesus Coin has come to be unlike those morally bereft currencies gaining a unique advantage thereby providing global access to safer and faster than ever before. As it comes hard to imagine, this and other statements about the cryptocurrency were not written in jest and yet the dollars have poured in.

By stating that the main benefits of investing in Jesus Coin the website continues on the supposed sin forgiveness through outsourcing record transaction speeds between you and God’s son with an estimated market capitalization of about $50 billion. It comes as according to the website, Jesus Christ is the given founder and CEO of the company whereas Judas Iscariot and Saint Peter are named as trustees and public relations officers. This development comes despite the tongue in the cheek attitude where the currency website and investors are continuing to buy coins.

In the company’s own words, the benefits of Jesus Coin are

Sin Forgiving – where Jesus Coin is negotiating with churches to outsource sin forgiveness.

Predicted to Achieve $50bn Market Cap – subsequently predicted by Peter (not the disciple).

According to reports on the Forbes, JesusCoin is fully compliant with the ERC20 ethereum token standard where one token is equivalent to 12 JesusCoins as of the ICO, the total number of JC is capped at 13million beginning on September 12 and continuing to December 25 inside reference. Trading started on December 27 and whether or not Christians agree with founders that Jesus would be pumped to have his coin comes as a matter of debate.

Investors may be too eager to invest in any coin coming along regardless of actual merits or value which is seen by regardless of the specifics of Jesus Coin, its rise to prominence whether created as a joke or not. This is what the surest signs of bubble mentality imply. Only 180 paper currencies according to Forbes recognized by the UN in the world where there are more than 1000 cryptocurrencies with growing numbers all the time.

Roger Ver has made a major impact on the digital currency industry as one of the earliest proponents of Bitcoin as well as one of its most complicated for various companies and projects that he’s been involved as also for the outspoken support of cryptocurrencies like BTC. Earning the nickname Bitcoin Jesus, he’s evangelizing on behalf of worlds leading digital currency.

If not for Ver’s efforts over the years, it’s impossible to say for sure that Bitcoin would not have grown to the level of popularity it has achieved at present. Being particularly vocal about Bitcoin cash, Ver has promoted the result of a hard fork with original leading digital currency.

Branding is the key with any digital currency where it may have the strongest underlying network and technology without proper presentation to the public destined for failure. Eventually, banking on Ver’s experience in cryptocurrency the world has surely provided many examples of successful marketing and he recognized that Bitcoin cash has a lot to gain while linking to Bitcoin in various ways. He has eventually promulgated the idea the Bitcoin cash is related to the Bitcoin core project.

Concluding Thoughts On The Use Of Leverage

Ver has not shied away from making use of the prominent place he enjoys within the digital currency community in his efforts to promote Bitcoin cash and as the CEO of bitcoin.com revealed he brokers partnerships for the Bitcoin cash forked currency. Ver took to YouTube to record himself discussing why he disagrees with fellow cryptocurrency personality Erik Voorhees made a public statement refusing to acknowledge Bitcoin cash as the original Bitcoin project according to CryptoGlobe. As a result of his outspoken nature, Ver has not been afraid to utilize the influence he gained as well as the investments he’s made in digital currencies related companies making a public stand in support of Bitcoin Cash. Bitcoin cash with his advocacy stands poised to continue growing at a massive rate.

The Question Is Should You Buy Gold Or Bitcoin? – Part 1

Blockchain Is Set To Cut Samsung's Shipping Costs By 20%

A Report On Who 'Individual X' Is And All About The Seized Stash Of Silk...